When I was in high school I worked weekdays 3-6 pm at the Dixon Public Library as an assistant janitor.  Among my routine chores was the weekly dusting of the bookshelves of the current collection on the main floor.  Prized among my special chores were the occasional times I dusted the shelves holding the local history collection in The Vault, a special room made of concrete blocks down in the basement.

In The Vault dwelt ancient tomes going back 70, 80, even 100 years (a century is a longer stretch back into the past when one’s eyes are 16 rather than 60). The oldest of these local histories were printed during the Grant Administration and covered events as far back as the 1820’s.

These volumes somehow needed special dusting, careful dusting.  Furthermore, they were books. They needed reading, they called out to be read; I could hear their pleas, and I provided the perusals, at $1.80 an hour.  It was not quite riffling through the papyri of the Library of Alexandria, but it was close enough for a kid who was barely old enough to drive.

Now, in 1974 if you wanted to read Frank Stevens’ “History of Lee County, Illinois” you had to either own a copy or go to a library to read it; you couldn’t check out such jewels and take them home.  Occasionally, such local books were copied on to microfilm reels, thereby multiplying the number of libraries where one could get a gander.  But a reader still had to show up in person, and only one person could read a tome or a microfilm at a time.

A mere 20 years later, the blue hyperlink of the World Wide Web opened the possibility of sharing text with multitudes simultaneously around the globe.  Another mere 18 years later, the cover of Harvard Magazine featured “Digitizing the Humanities.”

Chief among the dizzying, dazzling possibilities was the sharing of photographs of individual rare books and other documents, page by page, with their marginal notes and baffling cross writing and palimpsests and smudges and stains and all kinds of clues as to who may have made and who may have handled the pages over the years, the decades, the centuries.

This week I’d like to draw your attention to three WN@TLs that center on the book, especially on old ones, and especially on ways we can use modern techniques to analyze their physical composition, to attest to their provenance, and to share their textual mysteries. 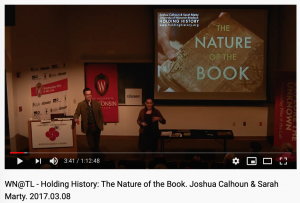 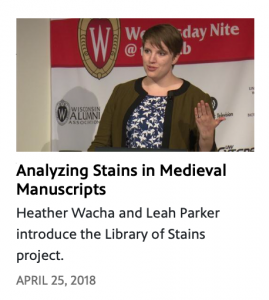 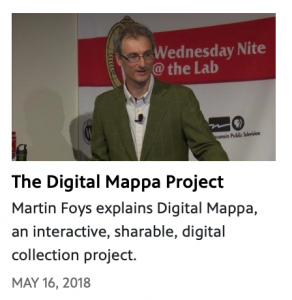 As Kenneth Grahame almost wrote, “There is nothing half so much worth doing as simply messing about in books.”  In the last quarter century, we have leapt from the Vault being a source of books only for a few, to it being a resource for the many, whether that vault be in the faraway Vatican or in a nearby village.