Skip to main content
University of Wisconsin–Madison
For September 12, 2018
Hi WN@TL Fans,
Plants are stuck in one place, pretty much.  Seeds & pollen & spores can move, and if you’re a roadside daylily or a chicory then corms and bulbs and roots can hitch a ride on the blade of a road grader.  But mostly plants are sessile, so where they root is where they gotta get all their provisions.
Those provisions include the venerable elements from the memorable diner CHOPKNS CaFe (mighty good).  If you’re a plant that has stuck yourself where you can’t necessarily easily get some of those, then you may be looking for a Meal Plan B.
Luckily, for the carnivorous plants, what are insects but little nuggets of nitrogen, little packets of potassium, little fobs of phosphorous?  Plus, those elements are already in a bioavailable form.  Talk about tour de force of nutritional mise en place.
This week (September 12) we get to peer inside the pitcher plant and pry open some of the gustatorial secrets of the flytrap as Professor Tom Givnish of Botany gives his talk entitled,  “The Green Empire Strikes Back: The Ecology & Evolution of Carnivorous Plants.”

Here’s how Tom describes his talk:

Most plants are consumed, in whole or part, by animals. In 1875, Charles Darwin amazed scientists and the general public by demonstrating that several plants – including sundews, butterworts, and the Venus flytrap – have turned these tables and capture and eat animals, and evolved remarkable adaptations to ensnare and digest their prey.

Since Darwin, we’ve come to know a great deal more about carnivorous plants, from their genes and genomes to their physiology, behavior, ecology, and evolution.

This week, Thomas Givnish shares what we have learned in recent years about the origins and functional diversity of green meat-eaters, and the advantages they obtain and the costs they incur from consuming prey. He will discuss some extraordinary recent discoveries about how some plants attract, capture, and digest animals, why certain kinds of habitats and ecological conditions favor carnivores over non-carnivorous competitors, or how some carnivorous plants have evolved further to capture nutrients by acting as latrines or bivouacs for non-prey animals, or recruiting animals to guard their food, assist as external digestive glands, or act as butlers. Some carnivorous plants even appear to have evolved to have mutually beneficial interactions with their prey… and to avoid eating their own pollinators! 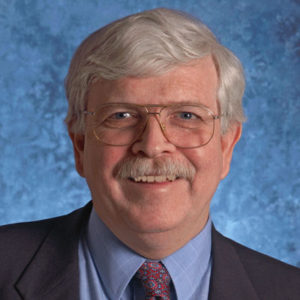 Thomas Givnish is the Henry Allan Gleason Professor of Botany at the University of Wisconsin-Madison. He received his PhD from Princeton, and served on the faculty at Harvard before moving to Madison in 1985. In his research, Givnish integrates several aspects of ecology, adaptation, speciation, molecular systematics, and historical biogeography to understand the origin, distribution, diversity, physiology, and morphology of plants around the world, including several groups from tropical mountains and oceanic islands, especially monocots such as bromeliads, orchids, and lilies and their relatives.

Givnish and his colleagues are currently studying the photosynthetic, hydraulic, and allocational traits that allow different species of Eucalyptus to dominate different climatic belts in Australia, and how plant traits, genetics, and phylogeny help determine which plants species have undergone local extinctions or explosions in Wisconsin over the past 50 years. He leads a number of field courses at UW-Madison, including research at many sites in Wisconsin, the southern Appalachians, the deserts of southern California, and (most recently) the rain forests, woodlands, and mallee of southeastern Australia.

===
Next week (September 19) we move from pitcher plants to mortars & pestles:  Robert Thorne will explore & parse the ethics of research in pharmacy.
Hope to see you again soon at Wednesday Nite @ The Lab!
Thanks!
Tom Zinnen
Biotechnology Center & Cooperative Extension