Skip to main content
University of Wisconsin–Madison
For September 19, 2018
Hi WN@TL Fans,
When I was in graduate school at the University of Illinois I read “Arrowsmith”, Sinclair Lewis’s 1925 novel dwelling on the medical research enterprise.  I was smitten by this pivotal passage early in the book. 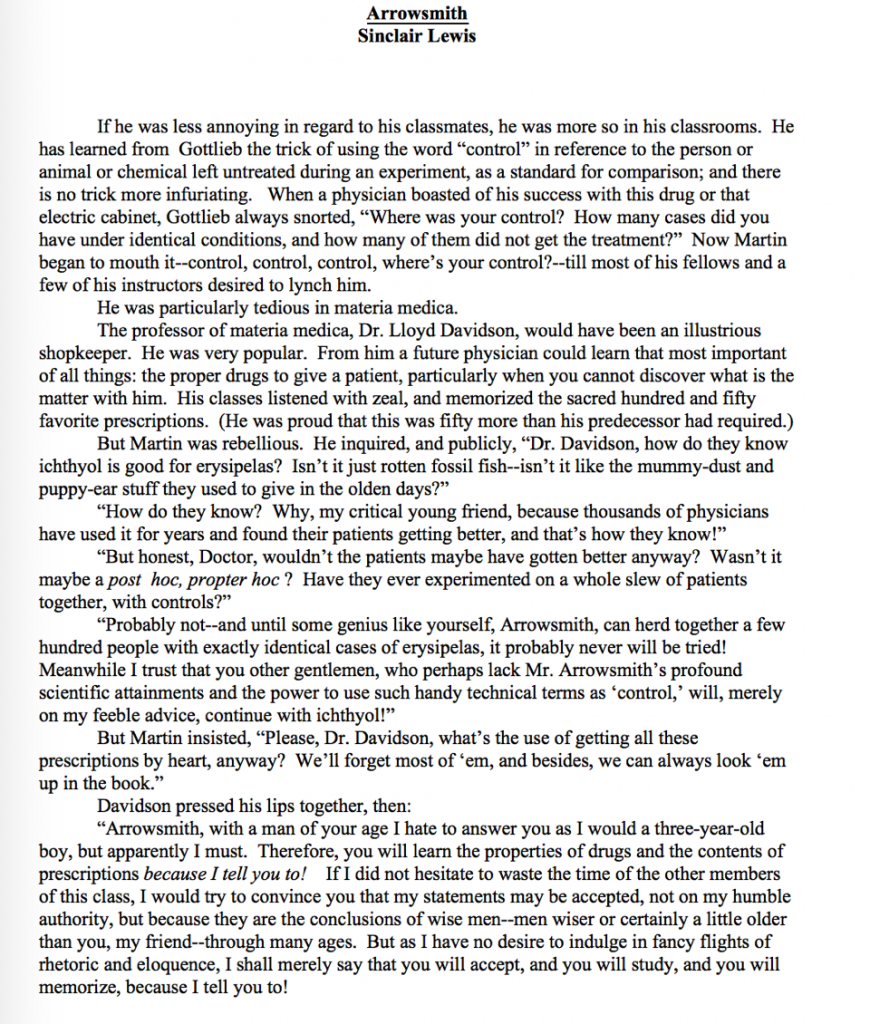 For me, there in one page were nearly all the bafflements of gradual school:  evidence, authority, rebellion, ridicule, arrogance. Throw in the quest to find quality gin at a reasonable price in a town called Champaign, and you’d have The Whole Quixote.

In 1930 Lewis won the Nobel Prize in Literature, the first American author to be so honored. His award was not much acclaimed.  Unlike Hemingway and Steinbeck, who each later won the Nobel, nobody much reads Lewis anymore (although, this).  The book’s title is more likely to be spelt ‘Aerosmith’ by today’s graduate students, who rock out to “Walk This Way” just like their parents did in 1975.

And yet, the insistent questions of Martin Arrowsmith persist.  How do we come to know something?  How do we show it works? How do we test it?  How do we know it’s not someway else?

This week (September 19) we get to explore the entanglements between epistemology, experimentation & ethics, in a field particularly fraught with high stakes and deep pitfalls.  Professor Robert Thorne of the School of Pharmacy will speak on “Research Ethics, Higher Purposes, and Challenges Facing Science:  Lessons from a Decade of Teaching PhD Students the Responsible Conduct of Research.”

Here’s how Robert describes his talk:

Tonight we’ll sample a flavor of what research ethics challenges we are facing today, some history, recent examples, and then some ideas for what is needed in graduate science and research ethics education to better address the problems.

What do we teach our graduate students about the ethics of science at UW-Madison? What distinguishes scientific misconduct from errors? Are we adequately preparing our students today to navigate, appreciate, and combat the many challenges facing science? What specifically are some of these challenges?

We will delve into these questions and then discuss some ideas on what faculty might impart to our students to ready them for what is to come in their graduate studies and beyond, and to explore just what prescriptions are necessary to improve the global scientific ecosystem. 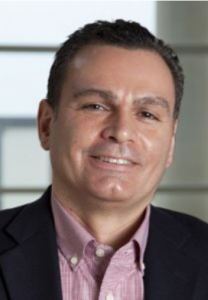 Robert Thorne is a neuroscientist whose work has focused on leveraging deep knowledge of physiology, CNS structure, and the blood-brain and blood-cerebrospinal fluid barriers with a variety of methods in order to identify how best to deliver antibodies, oligonucleotides, and gene therapy vectors to the brain (https://apps.pharmacy.wisc.edu/sopdir/robert_thorne/). In addition to maintaining an active laboratory (lab website: https://pharmacy.wisc.edu/thorne_lab/research/), he has had significant roles teaching systems neuroscience, drug delivery, pharmacokinetics, research ethics and other graduate and professional courses while a member of the faculty in the Pharmaceutical Sciences Division of the University of Wisconsin-Madison’s School of Pharmacy. He previously delivered a WN@TL lecture entitled ‘Special delivery: how drugs and other substances get into and move around within the brain and spinal cord’ on March 5, 2017 in honor of Brain Awareness Week (https://www.youtube.com/watch?v=prKmJLn3jAc&t=419s). Thorne has had a longstanding interest in research ethics, biomedical ethics, and best practices associated with mentoring junior scientists.

Thorne earned his PhD in Pharmaceutics from the University of Minnesota in 2002 and then did postdoctoral training for 6 years in physiology and neuroscience at the New York University School of Medicine (NYC). He joined the faculty at UW-Madison in 2010. He previously chaired the 2016 ‘Barriers of the CNS’ Gordon Research Conference and is a member of the editorial boards of both Fluids and Barriers of the CNS and the Journal of Cerebral Blood Flow and Metabolism. He is also the elected Vice President (President-elect) of the International Brain Barriers Society, a global organization responsible for leadership and directing worldwide initiatives related to the CNS barriers and drug delivery fields.

===
Next week (September 26) an exquisite puzzle from the intriguing worlds of plant viruses and human viruses:  how is it that some sucking insects (eg, aphids, mosquitoes) transmit viruses, but only some viruses, and only between some plants or between some animals?
Clearly such insects are more than flying syringes, but what are the keys to their specificities from both ends of their aerial sorties?  Tom German of the Departments of Plant Pathology and of Entomology probes the proboscis of the issue.
Hope to see you again soon at Wednesday Nite @ The Lab!
Thanks!
Tom Zinnen
Biotechnology Center & Cooperative Extension
UW-Madison