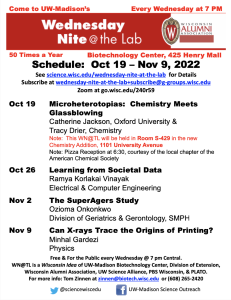 Past may not be prologue, but if you’re lucky enough (as I was) to have your grandparents and parents live til their mid-80’s or beyond, you get a glimpse behind the veil of what could lurk ahead for your own seniority.  It was sobering to watch their knees and hips go; but today’s joint replacement surgery with laparoscopy is indistinguishable from a miracle.  A cantankerous bladder was a thief of sleep and an interrupter of roadtrips;  but thankfully, now there’s tamsulosin.  A balky pancreas that triggers Type 2 diabetes can threaten, among other woes, your eyes and toes; but luckily, there’s diet, exercise, and Humulin.

So brain research that helps us foresee and perhaps forestall or forego mental declines, and treatments that help us hone our cognition, all garner our attention and fuel our aspirations for the future, in a way reminiscent of how advances in recent decades in orthopedics and endocrinology have happily raised the trajectory of ageing since my grandparents’ time. 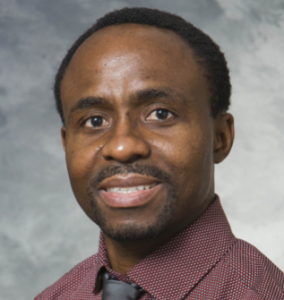 This week (November 2) Ozioma Okonkwo of Geriatrics & Gerontology in the School of Medicine & Public Health will give us a look under the hood at “SuperAgers,” people over the age of 80 who have superior memory capacity, with his talk entitled, “Lifestyle Approaches to Healthy Brain Aging: Introducing the SuperAging Research Initiative.”

Description:   Advancing age and the apolipoprotein E gene (APOE4) are the two biggest risk factors for Alzheimer’s Disease (AD). Even so, there is now ample evidence that some individuals are relatively spared from cognitive decline and AD biomarker changes despite their advanced age or APOE4 carriage. Furthermore, the relationship between AD pathology and cognitive function is imperfect. Some individuals continue to exhibit intact cognition despite harboring substantial AD biomarker changes.

Together, these findings underscore the existence of factors that confer resilience to (i) the effects of age and APOE4 on AD biomarkers and cognitive trajectory, and (ii) the impact of AD pathology on cognitive course.

In this presentation, we will discuss data demonstrating the contributions that life choices make to one’s resilience to AD. We will then introduce an exciting, brand-new study funded by the National Institute on Aging focused on a unique group of older adults called SuperAgers, who are 80+ years old but have memory capabilities similar to 50–60-year-olds.

Bio: Dr. Ozioma Okonkwo is a faculty member in the Division of Geriatrics and Gerontology within the Department of Medicine. He is a neuropsychologist and executive committee member at the Wisconsin Alzheimer’s Disease Research Center and the Wisconsin Registry for Alzheimer’s Prevention.

Dr. Okonkwo is a faculty trainer on three graduate programs at the UW School of Medicine and Public Health. He also serves on two National Institutes of Health study sections; on committees at the National Academy of Neuropsychology, the American Psychological Association Division 40 and the Preclinical Alzheimer’s Disease Consortium; on the Board of Governors of the International Neuropsychological Society; and on the editorial board of the journals Brain Plasticity and Journal of Alzheimer’s Disease. He has received an Early Career Award from the National Academy of Neuropsychology and an Early Career Impact Award from the Federation of Associations in Behavioral and Brain Sciences.

Dr. Okonkwo’s research focuses on clarifying how alterations in the brain and other biomolecules (such as cerebrospinal fluid β-amyloid) place some cognitively normal individuals on a trajectory that culminates in probable Alzheimer’s disease. He is also interested in discovering new knowledge concerning the modulation of the link between brain changes and cognitive decline by both modifiable (e.g., cognitively stimulating activities, physical exercise) and non-modifiable (e.g., genetic vulnerability) factors.

This program of research leverages the broad state-of-the-art resources at UW-Madison, including the Wisconsin Alzheimer’s Disease Research Center, the Wisconsin Registry for Alzheimer’s Prevention, the Waisman Laboratory for Brain Imaging, and the UW Biotechnology Center. It involves partnerships with colleagues in geriatrics, neuroradiology, medical physics, biostatistics, genetic epidemiology, exercise physiology, and clinical chemistry; and has been supported by the National Institutes of Health/National Institute on Aging (NIH/NIA), the Alzheimer’s Association, and other foundations. 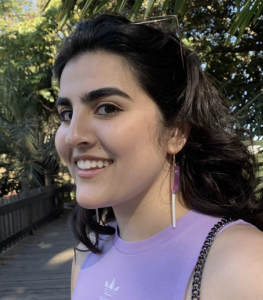 On November 9 Minhal Gardezi of Physics takes us back to the 14th Century with her exploration entitled, “Can X-rays Trace the Origins of Printing?”

Description: With the advent of the Gutenberg printing press in the mid 15th century came a boom in literacy, revolutionizing the way Europeans standardized and disseminated information, and establishing the printing press as one of humanity’s most important inventions. While multiple original Gutenberg Bibles have been preserved to the present day, surprisingly little is known about the actual press itself, leaving several unanswered questions about the origins of printing.

However, Gutenberg’s press is only a fraction of the story of early human print. While the first Gutenberg Bibles were being print, thousands of miles away, Korean artisans were building upon hundreds of years of diverse printing experience. The earliest known preserved document printed on a moveable type printing press is a Korean Buddhist text called Jikji, printed in 1377, nearly 80 years before Gutenberg’s Bibles. A wealth of documents proceeding Jikji remain preserved, and their study is critical to understanding early human print.

The questions remain: How were early Eastern and Western printing presses constructed? And how, if at all, were they connected? Here we bring a physicist’s perspective to the investigation. We use synchrotron-generated X-rays to study the makeup of early printed pages from both regions, including leaves of an original Gutenberg Bible and a Korean Confucius text. Collaborating with a large team of scholars from around the globe, we seek to shed new light (literally) on the origins of print.

Bio: Minhal Gardezi is a graduate student in the University of Wisconsin-Madison Department of Physics conducting X-ray research under Dr. Uwe Bergmann. She focuses on using X-ray spectroscopy methods to examine cultural heritage artifacts. Minhal graduated from Wellesley College in 2020 with a degree in Physics and Computer Science. She completed her undergraduate thesis and post-graduate research fellowship in Condensed Matter Physics at Harvard University. She is interested in using her interdisciplinary background to collaborate with scholars outside her field and broaden the direct applications of X-ray Physics. She is interested in science communication and education, seeking new ways to make high-level research and theory accessible to a general audience.