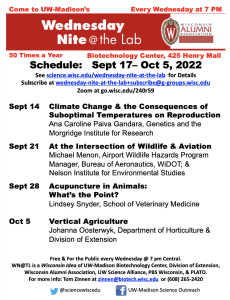 We are but hours away from the fall equinox, a time of dazzling solar displays that blind drivers both at dawn and at dusk in this land where many roads and streets run directly west and east.  We are halfway between the solstices as the sun slides down the celestial analemma.

And let this be a sign unto you: since late June the days have been growing shorter at an increasing rate, but on Thursday we hit the inflection point. Even as the days grow ever shorter, the rate of change now slows until we bottom out at that most hopeful of dark days, the winter solstice.

For wildlife, the game’s afoot.  Some, such as the bear and the beaver, are busy fattening up so they can hunker in their bunker over winter.  In contrast, many among the feathered wildlife are a-wing—the nightly migration of birds heading south can cast a fog on our weather radar screens.

Among the migrators, no avian species has surpassed the sky-writing skills of the Canada goose as the transient flocks scribe their crisp V’s overhead.

But not all geese fly south for the winter.  Among the most notorious examples were those that struck US Airways Flight 1549 over New York City on January 15, 2009, the flight that became known as the celebrated Miracle on the Hudson.

In the cockpit, that morning as the first officer was the second-most-famous aviator among the former students of the University of Wisconsin: Jeff Skiles.  He related his story of the first-most successful ditching in history at a presentation at the EAA Museum in Oshkosh on January 14, 2014.

I’m guessing that it’s not only avians that affect aviation, and that other wildlife on the ground as well as in the skies can be sources of concern at airfields and on flight paths.  This week we get to learn more about the ways wildlife ecologists study the threats from animals to airplanes, and thereby speed up how airport designers and operators, aircraft builders, and pilots & ground crews can better manage the risks. 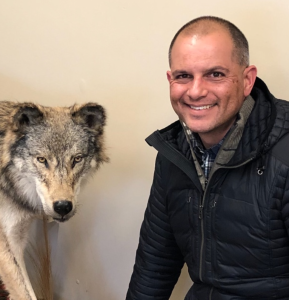 On September 21 Michael Menon, Airport Wildlife Hazards Program Manager with the Bureau of Aeronautics of the Wisconsin Department of Transportation; and graduate student at the Nelson Institute for Environmental Studies, will speak on “At the Intersection of Wildlife & Aviation.”

Description: In this talk, I will bring to light the topic of wildlife hazard mitigation at airports, including an introduction to the problem and an exploration of what scientists & airport personnel are doing to keep aviation safe. I will also briefly touch on my graduate research projects at Wisconsin on wildlife in & around airports.

Bio:  I moved to Wisconsin from the Georgia coast. Prior to that I was in Dubuque, Iowa for a few years. Before living in Iowa, I lived in Athens, Georgia. I received my BA in Political Science from the University of Georgia. I currently work for the Wisconsin DOT at the Bureau of Aeronautics where I work on improving safety at airports through mitigating wildlife hazards to aviation. While aviation has always been a part of my career, my interest in natural resource conservation developed after graduating from college when I had the opportunity to work for several summers in New Zealand, Australia, and Fiji for the University of Georgia’s Discover Abroad program which focuses on sustaining human societies and the natural environment. I am excited to be able to combine my aviation background with my interest in natural resources as I pursue my graduate degree at the Nelson Institute under the guidance of David Drake. My thesis research focuses on identifying the driving factors behind wildlife presence in the airport environment and modeling wildlife strike probability. I like to spend my spare time traveling, hiking, and birding. Madison is an excellent place, and I feel very fortunate to have landed here! 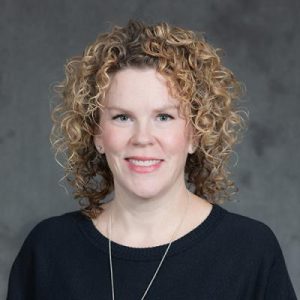 On September 28 Lindsey Snyder of the School of Veterinary Medicine will speak on “Acupuncture in Animals – What’s the Point?”

Description: Acupuncture has been a therapeutic modality for thousands of years. What does science say about this ancient therapy? I will present a look at acupuncture in the field of veterinary medicine and how it incorporates into modern treatments. I will discuss the history of acupuncture and its mechanisms of action. Additionally, the traditional basis for treatment will be presented.

Bio: I was born and raised in the Kansas City area (Kansas, not Missouri). I attended Kansas State University for both undergraduate and veterinary school. After receiving my DVM in 2000 from K-State, I moved to Los Angeles for a one-year small animal internship. Following LA, I went to Ohio State University for my residency in veterinary anesthesia and analgesia, ultimately becoming a Diplomate in the American College of Veterinary Anesthesia and Analgesia. During my residency, I concurrently obtained a master’s degree looking at various modalities to decrease general anesthesia in dogs. Following a year in private practice, I have been at UW since! As a member of the Anesthesia and Analgesia service, I spend a great deal of time teaching young future veterinarians, producing manuscripts, and editing textbooks with colleagues. When not at work, I spend most of my time as a busy hockey mom!