Explore the Unknown!
For November 3, 2021
Hi WN@TL Fans,
While driving my son Will to hockey practice the other day, the flashing yellow pedestrian-crossing lights on Monroe Street at Trader Joe’s sparked us to start chatting about how traffic lights and street markings have changed over my lifetime. Then in the ricochet way the mind works, it occurred to me that now at 64 I am the age that my grandparents, born in 1898, were in my earliest memories of them, in 1962.  And I thought how much the design and lighting of streets had changed over the course of their three-score-and-ten.  As I say, ricochet.
In addition to the warning lights and the patterns of traffic-control paint on the streets, I remarked to Will that another difference between now and the early 1960s is how pervasive smoking was then.  My Grandpa Deutsch smoked (Camels, unfiltered) as did his daughter (Mom preferred Old Golds, unfiltered).  Smoking was everywhere. It was promoted through nearly every medium.  The graphic arts gave us Joe Camel.   Photography and videography developed The Marlboro Man. The jingles writers intoned the Kent theme song. Bogie smoked his way through Casablanca and across the Sierra Madre.  John Steinbeck cooly cradled a cigarette in a photo on the East of Eden book jacket, and died 15 years later of congestive heart failure at 66.  Perhaps the most apt visual representation of jazz was the laminar flow of tobacco smoke rising smoothly in a column and then twisting into a turbulent swirl.
Were it not for YouTube and Hulu, my kids (16 and 14) would have no clue as to how the arts—the fine arts, the performing arts, the graphic & design arts—were perversely put to work to magnify one of the great public health scourges of the 20th Century.  Even the arts & crafts were compromised: Claire and Will never made a tile ashtray as a gift for their grandfather, but I did for mine.
In several key ways the arts are akin to the sciences: they are knives that can cut both ways. The design arts can encourage people to light up, or they can light a safer way to walk across Monroe Street.  Likewise, if some humans have used the arts in the past to spread addiction and disease, others might be able to invoke them to breathe health and well-being into the futures of our youth. 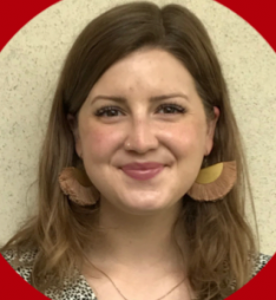 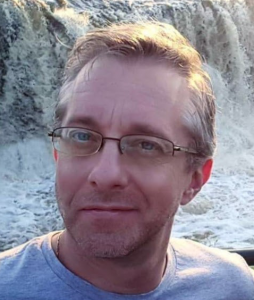 On November 10 we have lucked out, because this year International Cosmic Day falls on a Wednesday.  I know—you’re thinking like I think: hey, every Wednesday is Cosmic!
On this happy occasion I’m delighted to welcome to WN@TL my friend from Firenze (the one in Italy), Paolo Desiati, who will share his insights into the outa sight ways of The Cosmic Rays.
Title:Celebrating Cosmic Rays on the 10th International Cosmic Day
Description:  The talk will bring the audience through the gripping journey that started in 1911 with the unexpected discovery of the invisible but ubiquitous cosmic rays and continues today with searches for their sources in the universe. The journey will bring us through exciting discoveries that unveiled a complex and diverse invisible universe and technological advances that made it possible to see what our eyes cannot. Cosmic rays, once objects of study to reveal their very nature, became a useful tool for unveiling other mysteries—from looking through volcanoes or the Great Pyramid of Giza to peeking inside a nuclear reactor or hunting for smuggled weapons. Cosmic rays, consisting of the nuclei of almost all elements in the periodic table, travel through space at almost the speed of light. Humans have evolved in Earth’s protected environment and are directly exposed to the harmful effects of cosmic rays when traveling through interplanetary space. So we’ll explore how astronauts, at the dawn of a new space era, can be sheltered from such a source of radiation. Finally, as technology advances toward high levels of sophistication, we’ll look into potential future development limitations imposed by cosmic rays reaching Earth from space and how we can mitigate these effects.
Bio:  Paolo Desiati is a senior scientist at the Wisconsin IceCube Particle Astrophysics Center (WIPAC), a research center of the University of Wisconsin–Madison. He studied physics at the University of Florence and got his PhD at the University of Rome La Sapienza in Italy. He spent two years as a postdoc at DESY-Zeuthen, in Berlin, Germany, working with the AMANDA neutrino telescope, a prototype of the IceCube Neutrino Observatory. He then joined UW–Madison in 2001 and became staff in 2003. With IceCube, he has worked on point-source neutrino searches but mostly on cosmic ray scientific analyses. Paolo is also involved in the coordination between IceCube operations and the science working groups to support the science reach of the IceCube Neutrino Observatory.
Links:
wipac.wisc.edu
icd.desy.de
www.moma.org/artists/3716
Note: To commemorate the auspicious Day of the Ray, after the Q&A we will adjourn either to Union South or to The Libraray (speaker’s choice) for Libations and Absolutions.  I’ll buy the first round.
=== 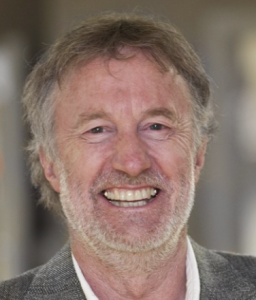 On November 17 we get a chance to unravel the knotty problem of how the class of chemicals called lignins help give the cell walls of plants (and especially trees) such remarkable strength in compression, tension, torsion and shear.  John Ralph of Biochemistry and the Wisconsin Energy Institute will drill deep into “Lignins: Intrigue and Controversies Surrounding a Little-Known Major Polymer.”

Description: Lignin, comprising some 15-30% of plant biomass, is arguably the 2nd most abundant terrestrial biopolymer, yet many have never heard of it (although the term ‘lignocellulosics’ is now becoming more widespread). Its structure and biosynthesis are intriguing on many levels, and the theory of lignification has been delightfully controversial. We’ll attempt to highlight some of the intrigue with an emphasis on new findings that offer enhanced opportunities for ‘exploiting’ Nature’s most abundant source of aromatics.Bio: John Ralph is a Professor of Biochemistry at the University of Wisconsin−Madison and, since 2015, a Distinguished Professor of the Tokyo University of Agriculture and Technology. He obtained his B.Sc. (Hons) in Chemistry at Canterbury University, New Zealand, in 1976, and his Ph.D. in Chemistry/Forestry at the University of Wisconsin−Madison in 1982.

Ralph’s group is recognized for its work on lignin biosynthesis, including delineation of the pathways of monolignol biosynthesis, lignin chemistry, and lignin reactions; particular interest is in the chemical/structural effects of perturbing lignin biosynthesis, and extensions of this work are aimed at redesigning lignins to be more valuable or more readily degraded. The group has developed synthetic methods for biosynthetic products, precursors, intermediates, molecular markers, cell wall model compounds, etc. It has developed methods for solution-state NMR of lignins, including whole-cell-wall methods that require no pre-fractionation of wall components, and chemical/degradative, NMR, and GC-MS combinatorial methods for cell wall cross-linking mechanisms and cell wall structural analysis.

Ralph was elected as a Fellow of the American Association for the Advancement of Science (AAAS) in 2005, is on the Editorial Boards of five international journals, and has been named by the Institute for Scientific Information as one of the 10 most cited authors in the plant and animal sciences every year since 2007.Explore More: https://biochem.wisc.edu/faculty/ralphhttps://energy.wisc.edu/about/energy-experts/john-ralphhttp://www.glbrc.orghttps://scholar.google.com/citations?user=gkLpFa4AAAAJ

November 24 is The Night Before Thanksgiving and WN@TL goes dark for our annual excursion over the river and through the wood to Grandfather’s house we go.  The song, like the 400th anniversary of the Pilgrim’s first Thanksgiving, is conflicted:  in the original, it is a singular wood, not woods; it is to Grandfather’s house, not to Grandmother’s;  and it’s about Thanksgiving, not Christmas.
But hay, as we say in America’s Dairyland:  close enough.
WN@TL resumes on December 1.

Remember, we’ve now shifted to Hybrid so we can both Zoom and gather in one Room—Room 1111 Genetics Biotech Center, 425 Henry Mall, Madison WI.
Hope to see you soon at Wednesday Nite @ The Lab!
Tom ZinnenBiotechnology Center & Division of Extension, Wisconsin 4-H
UW-Madison
Please share this missive with your friends & neighbors.
If you’ll be watching for the first time, please register for the WN@TL Zoom at go.wisc.edu/240r59
If you’ve already registered for a previous WN@TL zoom this year, you’re good—you don’t have to register again.
Continue to use the link found in the confirmation message Zoom sent you when you first registered.
WN@TL begins at 7:00pm Central
You can also watch the web stream at biotech.wisc.edu/webcamsfor one last time on October 20.  The web stream thereafter will redirect viewers to the WN@TL YouTube livestream. 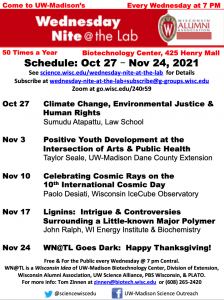 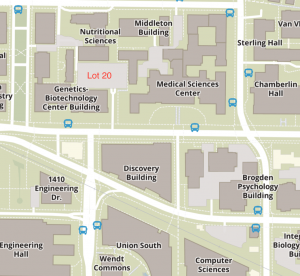