Explore the Unknown!
Please share this missive with your friends & neighbors.
If you’ll be watching for the first time, please register for the WN@TL Zoom at go.wisc.edu/240r59
If you’ve already registered for a previous WN@TL zoom this year, you’re good—you don’t have to register again.
Continue to use the link found in the confirmation message Zoom sent you when you first registered.
WN@TL begins at 7:00pm Central
A Happy Note:  WN@TL returns with in-person presentations beginning on September 8 with a special event at the Discovery Building featuring Uwe Bergmann of Physics (more information below).
For September 1, 2021
Hi WN@TL Fans,
Due to unforeseen circumstances, Christina Carlson’s talk on tracking the trails of malaria and covid that was originally scheduled for tonight is postponed.  I look forward to rescheduling her presentation to sometime later this fall. 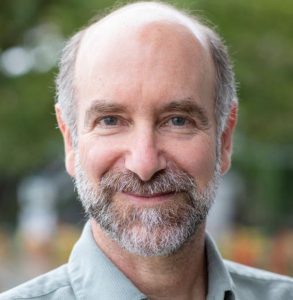 Happily, and full of gratitude I am both to Pat Remington for making the connection and to Jonathan Patz for agreeing to speak at short notice, our talk tonight will on a similar topic:  “Building Back Better from COVID-19 and the Climate Crisis.”
I’d be grateful if you might share this news now with any friends who might want to tune into to the zoom tonight.
They can register at go.wisc.edu/240r59.  We’ll start at 7:00 pm Central Time.
Bio:  Jonathan Patz, M.D., MPH, (@jonathanpatz) is director of the Global Health Institute at the University of Wisconsin-Madison. He is a professor and the John P. Holton Chair of Health and the Environment with appointments in the Nelson Institute for Environmental Studies and the Department of Population Health Sciences. For 15 years, Patz served as a lead author for the United Nations Intergovernmental Panel on Climate Change (or IPCC)—the organization that shared the 2007 Nobel Peace Prize with Al Gore. He also co-­chaired the health expert panel of the U.S. National Assessment on Climate Change, a report mandated by the U.S. Congress.

Patz is committed to connecting colleagues from across campus and communities around the world to improve health for all and is continually striving to integrate his research into teaching for students and communication to policy makers and the general public.Patz has written over 90 peer­‐reviewed scientific papers, a textbook addressing the health effects of global environmental change and co‐edited the five­‐volume Encyclopedia of Environmental Health (2011). He, most recently, co-edited “Climate Change and Public Health” (2015, Oxford University Press) and is leading a Massive Open Online Course “Climate Change Policy and Public Health.”Explore More:  https://ghi.wisc.edu/staff/jonathan-patz/ 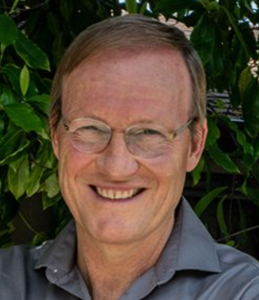 On September 8 we have two big reasons to celebrate!  WN@TL returns to live in-person presentations (supplemented by a live stream) with a special presentation at the Discovery Building by Uwe Bergmann of the Department of Physics with a talk entitled “Making Movies of Molecules – The Emerging Science of Powerful X-ray Lasers.”
Description:  On November 8, 1895, Wilhelm Conrad Rӧntgen discovered a new invisible form of rays. He called them ‘X-Strahlen’ or X-rays. Since that day, X-rays have revolutionized medical imaging and science. Starting in the 1970s, powerful accelerator rings — the so-called synchrotrons — have dramatically advanced the scientific use of X-rays, by producing intense and highly-focused X-ray beams. Another quantum leap occurred in the late 2000s, when X-ray free-electron lasers came to light. These X-ray lasers produce ultra-short pulses with a brightness over one billion times larger than even the most powerful synchrotron sources. For the first time, scientists can study matter not just at the length scale of atoms and molecules, but also at the femtosecond (10-15 s) timescale of molecular motion. The dream of making molecular movies of a chemical reaction or a biological function in real time is becoming reality. We will describe these machines and present some of the most exciting examples of recent X-ray laser research.
Bio:  Uwe Bergmann is the Martin L. Perl Professor in Ultrafast X-ray Science in the Physics Department at the University of Wisconsin-Madison. He got his PhD in Physics from Stony Brook University and did his graduate research at the National Synchrotron Light Source. He has since worked at the European Synchrotron Radiation Facility, the Lawrence Berkeley National Laboratory, the Stanford Synchrotron Radiation Lightsource, the Linac Coherent Light Source, and the Stanford PULSE Institute at SLAC National Accelerator Laboratory.
His research activities focus on the development and application of novel synchrotron and X-ray laser techniques. His scientific interests include studies of the structure of water and aqueous solution, active centers in metalloproteins in particular the photosynthetic splitting of water, hydrocarbons and fossil fuels, functional 2D materials, and imaging of ancient documents and fossils.
Explore More:  https://bergmann.physics.wisc.edu
https://lcls.slac.stanford.edu/
https://gizmodo.com/how-plants-produce-oxygen-revealed-by-tour-de-force-las-1830285550
https://www.nytimes.com/2019/05/23/science/fossil-colors-red.html
http://news.bbc.co.uk/2/hi/science/nature/5235894.stm
=== 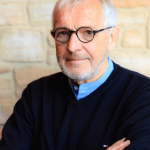 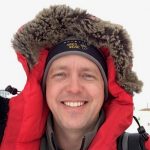 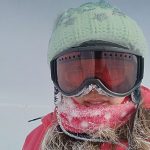 On September 15 we return to the Auditorium, Room 1111 Genetics Biotech Center, 425 Henry Mall, with a special set of presentations entitled “IceCube Turns Ten: Past, Present and Future for the World’s Biggest and Strangest Observatory” by Francis Halzen, John Kelley, and Lu Lu.
Description: The IceCube Neutrino Observatory, dubbed “the strangest telescope in the world”, sits in a cubic kilometer of ice at the South Pole, Antarctica. IceCube detects signals from astrophysical neutrinos that interact in the ice, revealing previously hidden information about the universe. It has been 10 years since IceCube began full operations on May 13, 2011. Join us as we look back at the massive construction effort led by UW-Madison, highlight exciting discoveries uncovered by a team of nearly 400 scientists from 53 institutions in 12 countries, and give a glimpse into the future of this one-of-a-kind instrument.
Bios:Dr. Francis Halzen is the principal investigator of IceCube, Hilldale and Gregory Breit Professor at UW–Madison. In 1987, Halzen started working on the concept of using natural Antarctic ice as a neutrino detector. This led to the AMANDA experiment, a first-generation neutrino telescope at the South Pole that represented a proof of concept for the IceCube Neutrino Observatory.Dr. John Kelley is a scientist and detector operations manager of the IceCube Neutrino Observatory. He started working on IceCube in 2003 and has deployed nine times to the South Pole.Dr. Lu Lu is an assistant professor at UW–Madison working to discover the origins of the highest energy particles and to understand their acceleration mechanisms using IceCube. In addition to her research and development work, Lu co-developed an augmented reality app, ICEcuBEAR, to visualize IceCube real-time alerts on mobile phones.Explore More:https://icecube.wisc.edu/icecube10/https://wipac.wisc.edu/news/article/celebrating-icecube%E2%80%99s-first-decade-discoveryhttps://icecube.wisc.edu/