Explore the Unknown!
Please share this missive with your friends & neighbors.
If you’ll be watching for the first time, please register for the WN@TL Zoom at go.wisc.edu/240r59
If you’ve already registered for a previous WN@TL zoom this year, you’re good—you don’t have to register again.
Continue to use the link found in the confirmation message Zoom sent you when you first registered.
WN@TL begins at 7:00pm Central
For August 4, 2021
Hi WN@TL Fans,
As barriers and as highways, as borders and as arteries, rivers can divide us or bring us together. How we treat our rivers—as sources or as sewers—can also divide us or bring us together.
The Rock River flows through my hometown of Dixon, Illinois. The town started in the late 1820’s as the site of a ferry on the road from Peoria on the Illinois River to Galena up in the leading-mining district. Rivers flow (I was astonished to learn “Rhine” literally means ’that which flows’) and due to variations in current and depth they can speed or impede human movement.  So the sagas of fords, ferries and bridges play a big role in the histories of many river towns.
Rivers often carve the economic face of a place.  In Dixon the dam first constructed in the early 1850’s created a “water power” on the south side, and mills and factories and a scrap yard clustered there.  These were eventually served by a spur of the Illinois Central railroad laid down on Water Street along the river, and even in my youth the rains rumbled down through town in what railroad folks call ’street running’.  The south bank itself was steep and rocky and not a place for an easy stroll to the water’s edge. This side of the river was industrial and hardscrabble.
In contrast, the north bank was a long string of parkland landscaped in native limestone walls with walkways and lawns and benches. A kid could easily take his brother and go fishing on the north side and be watched over by a statue of Lincoln as a young officer in the Illinois militia during the 1832 Black Hawk War.  Behind Abe was the historic Old Settlers Log Cabin and downstream of the cabin, Dixon High School stood like a castle on the Rhine, with its athletic field and track, and just beyond there the municipal band shell punctuated the string of aesthetic pleasantries on the north side. The north side was Dixon’s linear Plaisance.
That was the tale of two riverbanks in 1971.
During the last 50 years, many river cities, great and small, from Chicago to Dixon, from Paris to San Antonio, from Milwaukee to Manitowoc, have decided not to turn their backs to their rivers, but rather to turn and face and embrace the best the rivers could offer their communities.  Cities have realized, in both meanings of the word, the power of rivers as places to play, to work, to live, and to restore.
=== 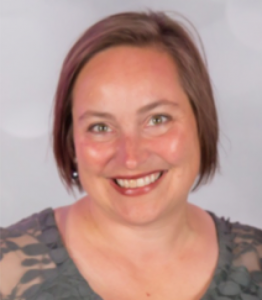 On August 4 Corey Zetts of the Menomonee Valley Partners will speak on “Transforming the Menomonee Valley:  A National Model in Economic Development and in Environmental Sustainability.”
Description: Milwaukee’s Menomonee River Valley has a rich history: from wild rice marsh and gathering place of Native Americans, to manufacturing center, to infamous eyesore, and now to a national model of economic revitalization and environmental sustainability. The 1200-acre Valley, named for the wild rice “menomin” that flourished here, was filled for industry; while Milwaukee was known as the Machine Shop of the World, the Valley was its engine. By the 1960s, the Menomonee Valley became Milwaukee’s Mason-Dixon line, the divide between its black and white neighborhoods, and for 200 consecutive nights the NAACP Youth and Father Groppi led marches across the Valley in their fight for justice.   But if you lived in or passed through Milwaukee from the 80s to the early 2000s, you might remember the Valley as the blighted area right along I-94, with miles of vacant industrial buildings, contaminated land, and a forgotten river.  Since 1999, a community effort had been underway to revitalize the Valley, through economic development, environmental restoration, and community engagement. Twenty years in, the Valley is already a national model of sustainable redevelopment, and the vision is continuing to progress. Bio: Corey Zetts serves as the Executive Director of Menomonee Valley Partners, the public/private partnership facilitating the redevelopment of Milwaukee’s Menomonee River Valley. Corey joined Menomonee Valley Partners in 2005 and became Executive Director in 2014. Through the years she has led diverse projects, including real estate development and business recruitment, infrastructure and sustainable design planning, habitat restoration, greenspace and recreational planning, public art and community engagement. She is actively engaged on several boards and community organizations, including the Governor’s Council on Workforce Development, Milwaukee Metropolitan Sewerage District, the Regional Transit Leadership Council, Urban Manufacturing Alliance, Friends of the Hank Aaron State Trail, and Highland Community School. She received her MS in Urban and Regional Planning from the University of Wisconsin in 2005. Corey lives in Milwaukee with her husband and daughter.Links: TheValleyMKE.org, HankAaronStateTrail.org, urbanmfg.org
=== 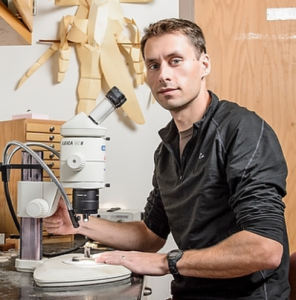 Next week PJ Liesch, Extension Entomologist and director of the Insect Diagnostic Lab of the Department of Entomology will update us on the state of insects in Wisconsin.  The pandemic has changed human behavior—especially when and where we spend time outdoors and indoors—and I’m looking forward to hearing how that angle may be changing the range of critters PJ is seeing in the Diagnostic Lab.
Bio: Patrick (PJ) Liesch—the Wisconsin Bug Guy—is the director of the UW-Madison Insect Diagnostic Lab.  PJ holds degrees in biological sciences (B.S., UW-Parkside) and entomology (M.S., UW-Madison).  PJ is also involved with the Wisconsin Master Gardener Program and the First Detector Network.  In addition, he is an instructor in the Wisconsin Pesticide Applicator Training and UW Farm and Industry Short Course programs.

PJ is also a regular guest on Wisconsin Public Radio’s Larry Meiller Show. PJ regularly speaks at a number of workshops, field days, expos and other events.  To inquire about PJ’s availability for a given event, contact him via email.

===
Remember, we continue to meet by Zoom, since we can’t gather all in one room.
Hope to see you soon at Wednesday Nite @ The Lab!
Tom ZinnenBiotechnology Center & Division of Extension, Wisconsin 4-H
UW-Madison