Explore the Unknown!
Please share this missive with your friends & neighbors.
If you’ll be watching for the first time, please register for the WN@TL Zoom at go.wisc.edu/240r59
If you’ve already registered for a previous WN@TL zoom this year, you’re good—you don’t have to register again.
Continue to use the link found in the confirmation message Zoom sent you when you first registered.
WN@TL begins at 7:00pm Central
For July 7, 2021
Hi WN@TL Fans,
When I first read in The Timetables of Science that in 1907 Bakelite was the pioneering invention of the Plastic Age, I wondered what connection it had to ovens or to cooking. But then the provenance became clearer:  the inventor was Leo Baekeland. It happened that the stuff was moldable and when it cured into a solid it was a poor conductor of heat and electricity.  One common use was plastic handles of cookware.
My grandparents were nearly 10 years old at the time, and I wonder what moldable products were previously in their lives.  Glass was one, but it easily shattered.  Iron, tin and lead were others, but they conducted heat.  Beeswax was an illuminating third, and vulcanized rubber an elastic fourth.  Molding these involved heating stuff up to a point where it would flow into the mold, and therein cool off.  Bakelite was different because it formed from the chaining together of building blocks—from the polymerization of monomers—and the building blocks were synthetic chemicals.  In addition, and in contrast to glass or metals or wax, for making Bakelite the heating step converted a fluid into a solid.
If you could scan the contents of my grandparents’ kitchens, bathrooms and pantries of 1907 and compare them to ours of 2021, then you could see what a century of polymer chemistry has achieved.  Even more remarkable is the pervasive place today of plastics in hospitals, clinics and research labs.  Their vital roles have been underscored by the impacts of disruptions in the supply chain caused by covid: you know things are grim when you have trouble buying yellow tips for your micropipettes.
Yellow micropipette tips illustrate a problem:  they’re a single-use item.  One and done.  Use and toss.  But the virtue is also a vice, and especially so for other one-and-done items such as plastic bags.  To address the litter and landfill issues of long-lived but single-use plastics (SUPs), the European Union on July 3 put into force a ban on 10 of the most heavily used single-use plastic items, including cutlery, plates, straws, Q-tips, beverage stirrers and food containers made of expanded polystyrene.
Ending certain uses of plastics is one approach to reducing their environmental damage. Tonight we get to hear about another approach, one that is, like ‘Bakelite’ once was, a term new to me:  “chemical upcycling.” 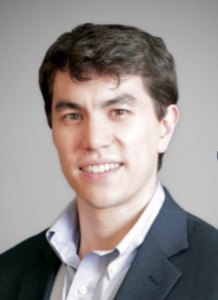 On July 7 Reid Van Lehn of the Department of Chemical & Biological Engineering will speak on “New Recycling Technologies to Combat Plastic Pollution.” Description:  Plastics are ubiquitous in all facets of everyday life. Globally, over 400 million metric tons of plastic are produced per year; over 35 million tons of plastic are consumed in the United States alone. These numbers are projected to increase, contributing to numerous long-term environmental challenges. Of particular note is the growing accumulation of discarded plastic waste in landfills and the environment. Despite public support for plastic recycling, the plastics industry has struggled to make recycling commercially competitive. As a result, only 2% of waste plastics is converted back to their original starting material via closed-loop recycling, while over 70% is diverted to landfills or leaks into the environment. There is thus an urgent need for new, economically viable technologies to recycle – or upcycle – plastic waste. In this presentation, I will introduce the Center for the Chemical Upcycling of Waste Plastics (CUWP), which was recently established at the University of Wisconsin-Madison with funding from the Department of Energy. CUWP is developing new technologies designed for the near-term recycling of waste plastics. We are working in close collaboration with a range of scientists and engineers across 7 different universities in the United States, Canada, and Mexico, as well as 8 companies that produce, recycle, or consume plastics. I will particularly focus on a technology that we call Solvent-Targeted Recovery and Precipitation (STRAP), which was recently developed as a method to recycle plastic packaging materials. STRAP has been shown to recover nearly 100% of the components from a high-volume commercial plastic film provided by our industrial partners and is less expensive than purchasing the original plastic material. I will conclude my talk by highlighting several other promising plastic recycling technologies being developed in academic and industrial laboratories around the world. Bio:  Reid Van Lehn is the Conway Assistant Professor in the Department of Chemical and Biological Engineering at the University of Wisconsin-Madison. He received his Ph.D. in Materials Science and Engineering from MIT under the supervision of Prof. Alfredo Alexander-Katz, then performed research as a NIH Ruth-Kirschstein postdoctoral fellow with Prof. Tom F. Miller III at Caltech. He joined the University of Wisconsin-Madison in May 2016, where his group develops and applies molecular simulation methods to characterize, predict, and engineer the physicochemical properties of soft materials. He was named to the Forbes 30 Under 30 in Science list in 2016 and has recently been recognized with the 3M Non-Tenured Faculty Award, the UW-Madison Vilas Associate award, and an NSF CAREER award. Links:   https://www.facebook.com/cuwp.engineering/
https://vanlehngroup.che.wisc.edu/
=== 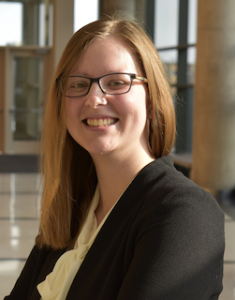 On July 14 Catherine Steffel will share her insights into “Assessing Atherosclerosis with Ultrasound: A Quantitative Approach.”Description:  Stroke is the fifth leading cause of death in the United States and the second leading cause of death worldwide. Throughout my PhD, I worked to improve the ways that doctors can non-invasively and inexpensively see the atherosclerotic plaques that cause some of these strokes and other harmful health events. The ultimate goal of this research is to give clinicians an inside look at which plaques are vulnerable, which will help doctors identify people who are more likely to have a stroke years before an adverse health event occurs. During this talk, I will be discussing the results of the ultrasound imaging studies I performed during my time as a PhD student in the Department of Medical Physics at the University of Wisconsin-Madison.Bio:  Dr. Catherine Steffel has spent her entire academic career at the University of Wisconsin-Madison, receiving her bachelor’s degree in physics in 2014, her Master’s degree in medical physics in 2017, and her PhD in medical physics in January 2021. In addition to receiving prestigious grants from the National Institutes of Health, she has accepted over 20 honors and awards for her research and other work. In spring 2021, Catherine was named a UW-Madison Notable Graduate for founding the Research Showcase at the Wisconsin State Capitol — during the annual showcase, graduate students and postdocs share their research with Wisconsin State legislators, staffers, and the public. Though she started working as a University Relations Specialist in the Department of Biochemistry earlier this month, her time as a graduate student in the Department of Medical Physics will always be near and dear to her heart. When she isn’t reading or writing, Catherine can be found going on walks around Madison, cooking, watching post-apocalyptic TV shows, or looking for new hobbies to pursue.Links:
• WISL Award for Communicating PhD Research to the Public: http://scifun.org/Thesis_Awards/steffel.html
• Medical Physics in General: https://w3.aapm.org/medical_physicist/index.php
• LinkedIn: https://www.linkedin.com/in/catherine-steffel-phd-9792608b/
===
By the way, in the filmography of ‘plastics’, I note that before “The Graduate” there was “It’s a Wonderful Life.”
Remember, we continue to meet by Zoom, since we can’t gather all in one room.
Hope to see you soon at Wednesday Nite @ The Lab!
Tom ZinnenBiotechnology Center & Division of Extension, Wisconsin 4-H
UW-Madison