In “Rock Island,” the opening number of Meredith Willson’s “The Music Man,” the lyrics recall a stark transformation in rural American life during the early years of the 20th Century:

3rd Salesman
Why it’s the Model T Ford made the trouble
Made the people wanna go, wanna get, wanna get
Wanna get up and go seven, eight, nine, ten, twelve
Fourteen, twenty-two, twenty-three miles to the county seat

The song underscores how in 1912 automobility was killing hardware stores in little towns that were strung along the railroads.  But the song could pretty much hold for the hospitals in such towns in later decades.

I was born in 1957 in Dixon Public Hospital, a building overlooking the Rock River, a river so named because at its confluence with the Mississippi is Rock Island, for which the railroad was named.  During my childhood, including my years as a paperboy delivering the Dixon Telegraph, I remember that keeping a small-town hospital solvent, up-to-date and open was a challenge for the littler burgs around northern Illinois. The hospital in Dixon survived; many others did not.

Even with the local hospital alive and running, it was a point of discussion whenever one of my parents’ friends needed to go see a specialist.  Were they going up to Rockford, or over to Monroe?   Out to Iowa City, or way up to Rochester?  I learned it was grim if The Mayo was in the mix.

That list of destinations drove home what had begun with Willson’s Model T Ford:  people in small towns who could drive two or three or four hours in their own cars at 50, 60, 70 miles an hour could go get a specialist’s care.  But people who didn’t have a reliable car, or who could no longer drive, or who couldn’t afford  health insurance, weren’t so lucky.

Getting and keeping great care available to people living anywhere, including places that some folks might consider the middle of nowhere, continues to be a challenge to communities, to states, and to state universities that are home to schools of medicine, of nursing, of public health, of dentistry, and of pharmacy.  Making sure the coming generations of health care providers are attuned to the needs and the opportunities of small towns and sparsely-populated counties is part of the mission of programs that provide training in rural medicine.

Because as Meredith Willson noted, “Ya gotta know the territory!” 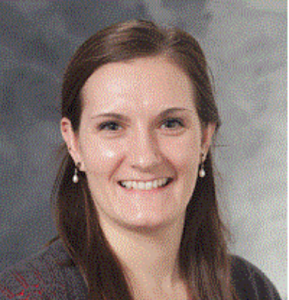 On June 9 Laura McDowell of Obstetrics & Gynecology will be here to delve into an issue of importance across many communities in Wisconsin.  She’ll be speaking on “Rural Medical Training: The Stats, The Need, The Future.”

Bio: (Extracted from https://www.obgyn.wisc.edu/residency/RuralResident written in 2017) “Not everyone can claim to be the first in the nation, but since Laura McDowell, MD, joined the University of Wisconsin Department of Obstetrics and Gynecology in June 2017, she can. McDowell is the first-ever rural resident in the first-ever dedicated, sanctioned rural obstetrics and gynecology residency program in the country.  McDowell got to know both the joys and challenges of rural life growing up in Minnesota and Iowa. She attended the University of Minnesota for undergrad and medical school. “Ever since starting medical school I have been committed to practicing rural medicine,” she says. (McDowell pursued a rural training track in medical school.) “I am excited that there is now an opportunity to do so in ob-gyn training.”

“Over the next four years, McDowell will spend about 80 percent of her training time in Madison, experiencing high-volume and specialty training alongside the six other UW Ob-Gyn residents. The rest of the time, McDowell will rotate through collaborating rural hospitals in Portage, Monroe, Watertown, Ripon and Waupun. Hartenbach describes the rural training program as “residency-plus.”

““The rural rotation is a little bit more about giving our residents the smaller community experience so they’ll have the confidence to take those jobs when they graduate,” Hartenbach says. “There’s a fear of not being around specialists all the time. We hope to teach doctors when to refer, when to know that your hospital or your community doesn’t have the resources to take care of, say, a premature delivery.”

“So how does McDowell feel about making history as the first rural ob-gyn resident in the country? “I am very grateful for the honor of being the first rural ob-gyn resident and I know it comes with a lot of anticipation,” she says. “I intend to make the most of learning from my patients and mentors on how to be a better physician and better serve rural communities.”” 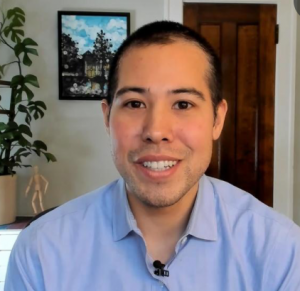 Bio:  Dr. Nathaniel Chin serves as medical director for the Wisconsin Alzheimer’s Disease Research Center (ADRC) and the Wisconsin Registry for Alzheimer’s Prevention (WRAP). Dr. Chin grew up in Watertown, Wisconsin, and earned undergraduate and medical degrees from UW-Madison. While completing his internal medicine residency at the University of California, San Diego, Dr. Chin’s father was diagnosed with early onset Alzheimer’s disease (AD). His father’s condition influenced the way he began to look at his own career, and Dr. Chin decided to pursue a career as a geriatrician and scientist focused on dementia, specifically Alzheimer’s disease. Dr. Chin sees patients in the UW Health Memory Clinic three half-days a week.

Dr. Chin is the host of the Wisconsin ADRC’s podcast, “Dementia Matters.” In each bi-weekly episode, he interviews local and national Alzheimer’s disease experts about research advances and caregiver strategies.

Dr. Chin studies modifiable risk factors and biomarker disclosure within the Wisconsin ADRC and WRAP study. He collaborates with many of the researchers at the WI ADRC and oversees the clinical care provided to the research participants.

Remember, we continue to meet by Zoom, since we can’t gather all in one room.