Today we also mark the 50th anniversary of the Kent State Massacre.  Many of us have living memories of that day.  The shooting by Ohio National Guardsmen started at 12:24  Eastern time, or 11:24 am Central. The dying started instantly.

That spring I was a paper boy in 7th grade delivering the Dixon Evening Telegraph after school.  The story must have just barely made the early afternoon deadline for the Telegraph on that Monday, May 4:   “National Guard Fires on Students” ran on the lower right of the front page.   (The headline was  “Allies Continue Cambodian Thrust.”  In 1970 one could invoke 1944 imagery pretty easily:  it was only 26 years before.)

It so happens that today the Pulitzer Prizes for 2020 were announced.  The 1971 Pulitzer for spot photography went to a Kent State photojournalism student, 22-year-old John Paul Filo, for his wrenching photo of 14-year-old Mary Ann Vecchio screaming over the dead body of 20-year-old Jeffrey Miller. 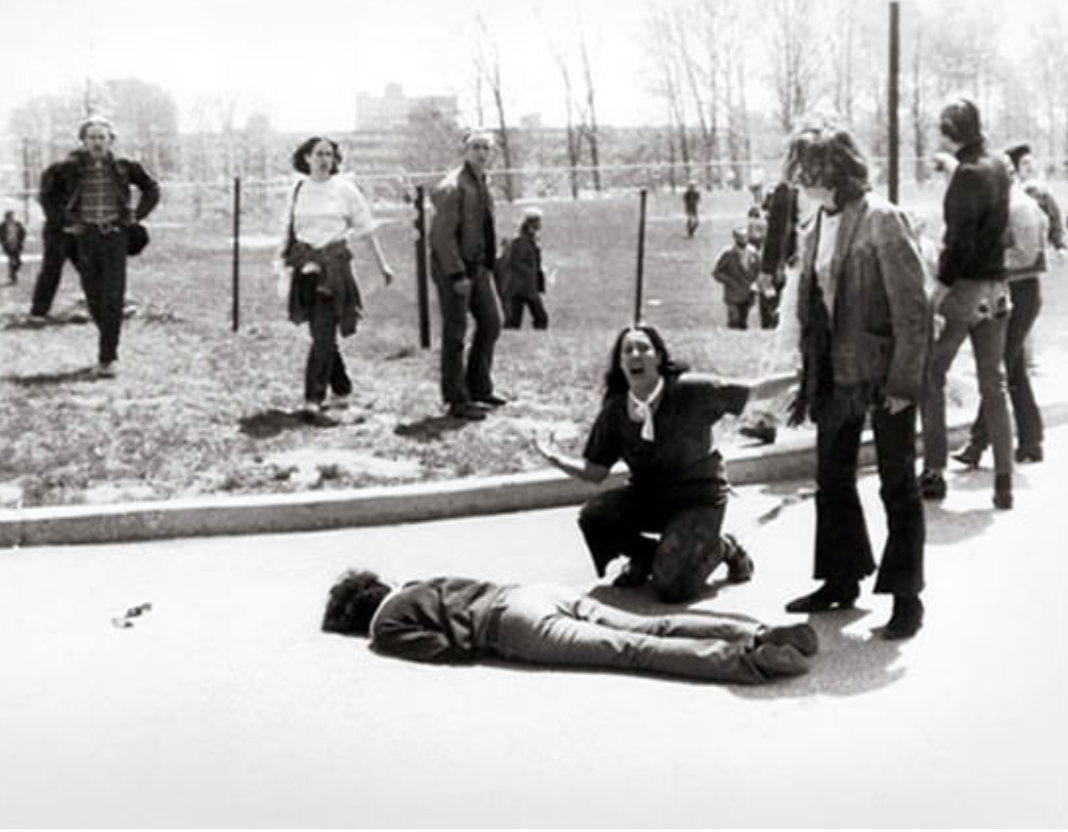 In due time, no one with living memories of Kent State will remain alive, just as today no one has memories of the Haymarket Bombing or the Bay View Massacre.

Luckily for us, among the many roles of universities is the vital mission of Keeper of the Stories, and so we have scholars who teach & practice literature, and history, and archivistory, and journalism.  These scholars are bulwarks against both amnesia and propaganda.

On this special day, I propose that the development by universities of journalism as a subject to teach and as a profession to practice is an aspiration worthy of note.

Here are three presentations to Wednesday Nite @ The Lab that reflect that great & good enterprise: 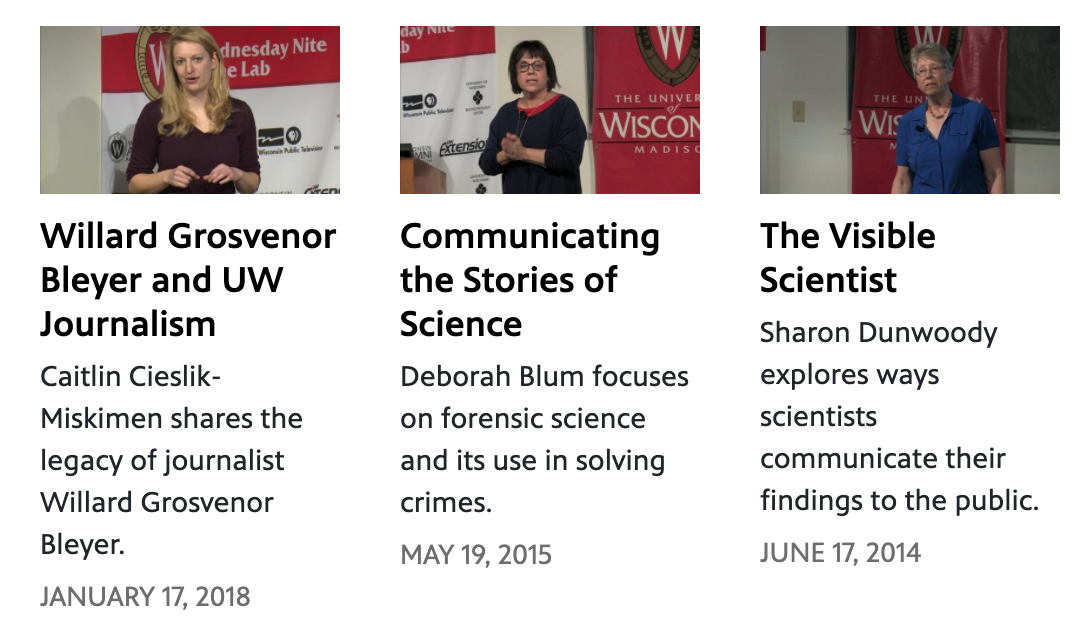 Sharon Dunwoody on The Visible Scientist, and how scientists share insights & stories;

And Caitlin Cieslik-Miskimen on the legacy of Willard Grosvenor Bleyer, a pioneering journalist and science communicator at the University of Wisconsin.

It’s a fascinating time to be a journalist in science or in politics—as if there is much difference between the two as the pandemic grinds on its deadly course.