Madison is about 850 miles from the closest salt water—the Inner Harbor at Baltimore—and about 1000 miles from the warm sea water of the Gulf of Mexico.  So one might expect that hurricanes play little parts in our lives.

And yet, in August 1992 I was in Tadoussac, Quebec, with a reservation to go beluga whale-watching out on the St. Lawrence, when the ragged remnants of Hurricane Andrew blew through and cashiered the expedition.

In August 2005 my brother, his wife and I came out of the Boundary Waters; we stopped at a lodge on the Gunflint Trail to watch the TV coverage from New Orleans of the aftermath of Katrina.  My sister-in-law, a nurse, ended up going from paddling in the Boundary Waters to volunteering in Baton Rouge for two weeks.

In August 2011 I drove my two kids from their grandparents’ place in the Berkshires to Boston and then on to Provincetown at the tip of Cape Cod. While we were there, Hurricane Irene put the Cape in her sights. 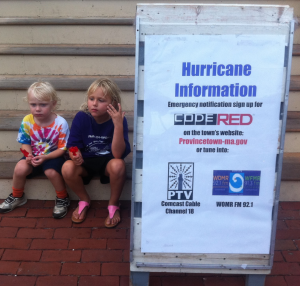 We cut short our stay, barreled back to the Berkshires and kept heading west, all the while watching convoys of utility trucks streaming east towards Boston.  The trucks overshot the mark:  Irene didn’t curve northeast along the coast as expected, but instead she roared up the Hudson Valley, dumping rains that washed out the mountainous stretches of the Mohawk Trail that threads from North Adams through Charlemont and on to Shelburne Falls, MA—the road we had taken just days earlier on our way to the Cape.

And then at the end of May of this year, Subtropical Storm Alberto kept its act and nearly its eye together from the Yucatan through Louisiana all the way to Lake Michigan. 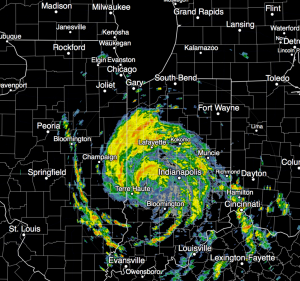 We are a long way from tropical seas, and yet we are not out of the reach of the far-flung effects of hurricanes, tropical storms, and their weaker forms.

Last week at WN@TL we got to learn about solar power for electricity.  This week we get to explore how the sun energizes the most powerful storms on the planet.  Whether you call’em hurricanes or cyclones, these massive atmospheric maelstroms are renowned for getting our attention, changing our landscapes, and rocking our political worlds.

On June 27 Derrick Herndon from the Cooperative Institute for Meteorological Satellite Studies shares new insights into hurricanes with his talk entitled “Hurricanes! Advancing Our Understanding of Earth’s Most Powerful Storms.” 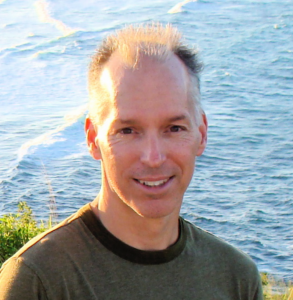 Over the last 60 years, tremendous progress has been made in our ability to observe hurricanes and forecast where they will go. Yet, the devastating hurricane season of 2017 demonstrates that more work is needed to help society prepare for and recover from these powerful — and sometimes deadly — storms. During this talk, attendees will learn what a hurricane is and why the University of Wisconsin–Madison has a connection to hurricane research, answering questions such as: how do hurricanes form? What are the forces that move them? What gains have been made in our ability to predict them, and are we reaching a limit on those predictions? Finally, what impact does the changing climate have on hurricanes, and why is that a difficult question to answer?

In the last 35 years, Derrick Herndon has experienced hurricanes in various ways: while living in his home state of Florida, flying in a research aircraft, and even sailing aboard a cruiser while stationed in the U.S. Navy. He has participated in five hurricane-study field campaigns as a part of research teams for the U.S. Navy, National Oceanic and Atmospheric Administration, and NASA. His work focuses on the analysis of hurricane intensity and structure using multiple types of satellite data.

Next week, for the 4th of July: a hiatus, a break, a pause.  WN@TL goes dark on a day when little towns all over the country light up the night as these United States of America celebrate the anniversary of our declaration of independence.

As a scientist, I’m always pleased and grateful to note that of the five drafters of the Declaration, two were accomplished scientists—and Franklin was even a fellow of the Royal Society.