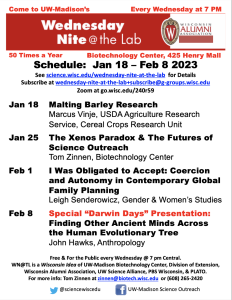 Predictions are hard, the saying goes, especially about the future.  Whether Niels Bohr, Yogi Berra, or Samuel Goldwyn gets the credit for the quip, historians and stockbrokers tend to agree.  Hence the warning that “past performance is no guarantee of future results” as mandated by the Securities Exchange Commission.  But if the past is not a reliable predictor telling us what will be, it’s still a dependable projector showing us versions of what may be.  Moreover, if history can’t tell us what to do in the future, it seems helpful in deciding what not to do in the times ahead.  There’s no sin in making new mistakes; but making the same ones, again and again, sure is TDS.

In 1992 I attended the Winding Your Way Through DNA Conference at the Exploratorium in San Francisco commemorating the nearly 40 years of research since the publication of the Watson-Crick double-helix model of DNA.  During a Q&A session, a middle-school student in the crowd asked James Watson about what he saw for the next 30 years of DNA science.  If I heard correctly from where I sat in the room, Watson said he had no idea:  it’s barely possible to peer more than a year or two ahead, maybe three, he said, because unforeseeable new insights & technologies pop up and divert the path of research & discovery.

The same limited depth of prescience likely holds for the path of science outreach.   Nevertheless, part of the premise, if not directly the promise, of research & outreach is that the future is driven by those who invent it.  Since we cannot in good conscience avert our eyes and look the other way, we instead engage our frontal cortex, stick out our necks, look ahead, and imagine what might be. 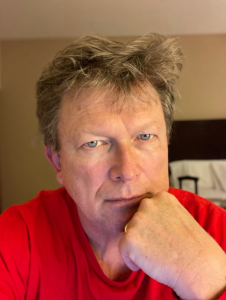 On January 25 I’ll be giving the talk on “The Xenos Paradox & the Futures of Science Outreach.”

Description:  Zeno’s Paradox of Achilles & the Tortoise was that rare example of a story from Greek philosophy that leaked into my high school math class.  Plus, it was best presented as a cartoon of two faces rather than a diagram of two facets.  However, the first of Zeno’s paradoxes was that of Atalanta (she of the golden apples), and the argument that fleet of feet though she may be, her motion (and actually any motion) is illogical, and therefore, merely an illusion.  Or as the Wikipedia author distills it:

“Suppose Atalanta wishes to walk to the end of a path. Before she can get there, she must get halfway there. Before she can get halfway there, she must get a quarter of the way there. Before traveling a quarter, she must travel one-eighth; before an eighth, one-sixteenth; and so on….This description requires one to complete an infinite number of tasks, which Zeno maintains is an impossibility.”

Thus, the original paralysis by analysis.  Luckily, other competing rational analyses demonstrate that motion is not only real, but logical.  (Whew)

Happily, there’s another Xenos Paradox, a pun upon a homophone, based on the Greek word xenos which can have at least three distinct meanings:  foreigner, visitor, or guest.  It is the root of both xenophobia—the fear of foreigners—and xenium—a gift to welcome guests.  The xenial is congenial:  it is the heart of hospitality.

In the field of science outreach, universities have distinct advantages (and perhaps, duties) compared to some other sources of informal science learning for the public, based in part on the fact that universities have both people and places dedicated to doing science as probing the unknown.  Public universities—and especially public land-grant universities such as UW-Madison that embrace (and are funded to fulfill) three missions of instruction, research, and extension—face a formidable question:

How do we view the public:  as foreigners to be feared, as visitors to be tolerated, or as guests to be welcomed and engaged?

The past 15 years have brought some transformative changes in science outreach.  Among these are three keys to me:

1.  Cell phones & wifi put the world’s information in Everyone’s pocket:  nearly all of us now can be readers & writer, videographers & broadcasters, influencers & pundits;

2.  Constrictions or cuts in state budgets for universities are shifting how researchers & outreaches share science and engage the public; and

3. The pandemic that began three years ago lit a helpful lamp of zooms and similar technologies, but also spawned a secondary epidemic of misinformation & disinformation as well as a corrosion of confidence in science and scientists, in expertise and experts.

This essay-talk will consider the origins and trajectories of science outreach dating back at least to Aristotle’s practice of offering public lectures at his Lyceum in Athens.  It will examine and maybe even imagine the methods, mindsets, and money that universities may use in the coming months & years as we wrestle with some perennial questions:  how do we best organize, fund, facilitate, staff & evaluate our science outreach mission?  How does science outreach help lifelong learners develop their own science savvy so as to be able to use science better in making personal choices, in forming public policies, and in making decisions in the face of uncertainty?  And most pointedly for land-grant universities, how do we ensure that we view the public as guests to be welcomed into this scientific enterprise of exploring the unknown and inventing the future? 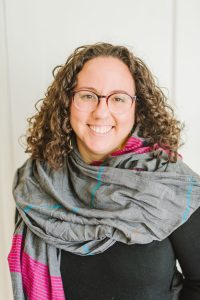 On February 1 Leigh Senderowicz of the Department of Women’s & Gender Studies and the Department of Obstetrics & Gynecology speaks on “I Was Obligated to Accept: Coercion and Autonomy in Contemporary Global Family Planning.”

Description:  This talk will explore the ways that the ideology of fertility reduction permeates the design and quantitative evaluation of contemporary family planning projects, 25 years after the International Conference on Population and Development called for an end to population control. The talk will draw from the Contraceptive Autonomy Study, a project designed to explore various dimensions of autonomy and coercion in family planning and to develop new theories about why and how adverse experiences with contraceptive coercion manifest. This presentation will focus especially on modes of measurement, and the challenges to designing new measures that better assess person-centered and justice-based approaches to contraceptive care.

Bio: Leigh Senderowicz is a global health researcher and critical demographer, focusing on global sexual and reproductive health and rights. Leigh is currently an Assistant Professor of Gender and Health at the University of Wisconsin-Madison, with a joint appointment in the Department of Gender and Women’s Studies and the Department of Obstetrics and Gynecology. She completed her doctorate in global health at Harvard University and earned her masters in public health from Johns Hopkins prior to that. Leigh’s research focuses on reproductive autonomy, exploring the ways that new approaches to measurement and evaluation can promote person-centered care and reproductive freedom. 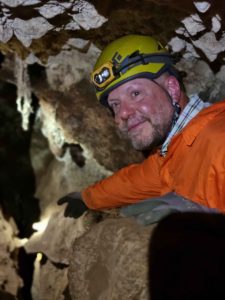 On February 8 we’ll have a special “Darwin Days” presentation in association with the JF Crowe Institute for the Study of Evolution as John Hawks of the Department of Anthropology speaks on “Finding Other Ancient Minds Across the Human Evolutionary Tree.”

Description:  Humans are the only living members of a diverse branch of ancient relatives. We have not been alone for long. Many extinct populations accompanied our species through most of our evolution. Recent work in many parts of the world has shown the remarkable behavioral complexity of some of these ancient relatives. This lecture will outline many of these discoveries, with a special focus on the exploration work by Professor Hawks and coworkers in South Africa. Many of these discoveries show that brain size is not the powerful factor in behavioral complexity that scientists once thought, posing new and exciting problems within the broader landscape of neuroscience and evolution. In honor of the Darwin Day celebration, the talk will recognize the ideas and contributions of Darwin and Alfred Russel Wallace toward understanding the behavioral and cognitive aspects of our origins.

Bio:  I’m an anthropologist, and I study the bones and genes of ancient humans. I’ve worked on almost every part of our evolutionary story, from the very origin of our lineage among the apes up to the last 10,000 years of our history.

My work has taken me to Africa, Asia, and Europe, where I have measured thousands of bones and investigated dozens of archaeological sites. In my lab, we use bioinformatics methods to work with whole genome sequences from thousands of living people (and a few ancient ones). We’re interested in uncovering the patterns of relationships that connect people, and the subtle changes by which we adapted to ancient environments. I’m an expert in population dynamics and the process of natural selection on both genes and morphological traits. I’ve used my work in genetics and skeletal biology to form rich collaborations with colleagues in a dozen countries.

I’m passionate about the potential of technology to transform science into a more open and public enterprise. I am building and pioneering new open science projects in human evolution. My most recent fieldwork as part of the Rising Star Expedition has shown the potential of open science approaches during paleoanthropological fieldwork. In 2013 we recovered more than 1200 hominin specimens from the Rising Star cave system in the Cradle of Humankind, South Africa, in an expedition led by Lee Berger of the University of the Witwatersrand. In May 2014, we convened a workshop of early career scientists to carry out the first description and analysis of the fossils. With more than 30 early career scientists from 15 countries, we had an exciting time opening this exceptional sample in the new vault at the University of the Witwatersrand. We are now preparing our research for publication.