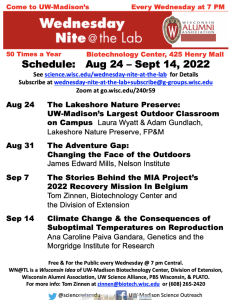 Fifty years ago this month all nine members of my family piled into our blue 1972 Dodge Coronet station wagon and headed out to Denver, Colorado.  We took Interstate 88 from Dixon IL to the Quad Cities where the road connected to Interstate 80, and then cruised on I-80 across Iowa, stopping for the night at a KOA overlooking the Interstate in Grand Island, Nebraska.  My first discovery on my first night “camping” was that it’s a challenge to sleep while lying on the gravelly ground within earshot of a continuous stream of semis rolling at 75 miles an hour.

The next day we resumed westbound, then swerved southwest on I-80S (now I-76) and passed into Colorado—flat, treeless, barren eastern Colorado.  We eventually arrived at my Aunt Janet’s house in Englewood and promptly set up camp on the shag carpet in her family room—my kind of roughing it after my KOA experience.  Over the next 10 days, we used 7120 S. Uinta as our home base and radiated out on day trips to Pike’s Peak, Colorado Springs, and Garden of the Gods.

We also did an overnight excursion through the Eisenhower Tunnel to Leadville and another overnight expedition up through the Big Thompson Canyon to Estes Park and beyond to Rocky Mountain National Park. And there I discovered one of the joys of camping at 7,000 feet:  to paraphrase Mark Twain, the coldest winter I ever spent was the August night I froze at Aspenglen campground. 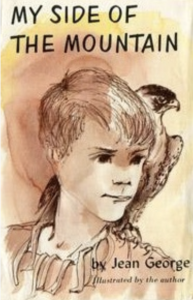 My doubly-shattered and delusional visions of bucolic camping had been largely formed from reading “My Side of the Mountain” in which Sam Gribley, a boy about my age, had lit out from Brooklyn to Delhi NY to live off the land.  I could, and I did, see myself as capable of heading into the wilderness with little more than an axe, a knife, a lighter, a ball of twine, and a blanket (preferably a 4 point Hudson Bay).

Three summers later came to my first success at wilderness camping, a pivotal point in my life, when Al Tieken, my Ag Teacher, and FFA advisor, took his son Bob and me (and a canoe stuffed with gear and food) on a weeklong trip into the Boundary Waters.  Two months shy of turning 18, I had lucked out:  through my reading, I could not only imagine myself traveling through the wilderness, but now I also had an experienced adult to coach and coax me along.

Not everybody has a fictional Sam Gribley or a real Al Tieken to help feed their aspirations and fuel their drive to head out to the back of beyond.  I’m also guessing that those who are not so blessed are less likely to connect with the natural environment, work in conservation and field biology, or become geologists, oceanologists, limnologists, and other flavors of researchers who go explore Out There.  And so if we would have a diverse corps of such scientists…well, come listen to James Edward Mills this week. 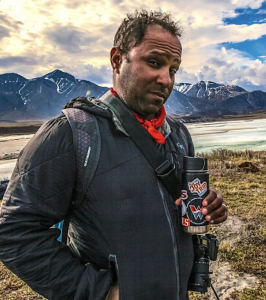 On August 31 James Edward Mills of the Nelson Institute for Environmental Studies and of The Joy Trip Project will speak on “Closing the Adventure Gap:  Changing the Face of the Outdoors.”

Description:  The nation’s wild places——from national and state parks to national forests, preserves, and wilderness areas——belong to all Americans. But not all of us use these resources equally. Minority populations are much less likely to seek recreation, adventure, and solace in our wilderness spaces. It’s a difference that African American author James Mills addresses in his new book, The Adventure Gap: Changing the Face of the Outdoors.

Bridging the so-called “adventure gap” requires role models who can inspire the uninitiated to experience and enjoy wild places. Once new visitors are there, a love affair often follows. This is important because as our country grows increasingly multicultural, our natural legacy will need the devotion of people of all races and ethnicities to steward its care.

In 2013, the first all-African American team of climbers, sponsored by the National Outdoor Leadership School (NOLS), challenged themselves on North America’s highest point, the dangerous and forbidding Denali, in Alaska. Mills uses Expedition Denali and its team members’ adventures as a jumping-off point to explore how minority populations view their place in wild environments and to share the stories of those who have already achieved significant accomplishments in outdoor adventures——from Mathew Henson, a Black explorer who stood with Peary at the North Pole, to Kai Lightner, a teenage sport climber currently winning national competitions. The goal of the expedition, and now the book, is to inspire minority communities to look outdoors for experiences that will enrich their lives and to encourage them toward greater environmental stewardship.

Bio:  James Edward Mills is a journalist and media producer. He specializes in stories about outdoor recreation, environmental conservation, acts of charitable giving, and practices of sustainable living. He has worked in the outdoor industry since 1989 as a guide, outfitter, independent sales representative, and writer. Learn more about him at joytripproject.com. 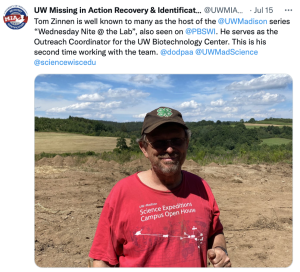 On September 7 I’ll be giving the talk entitled “The Stories Behind the MIA Project’s 2022 Recovery Mission in Belgium” based on the team’s work from June 26 to July 19 searching for the remains of a missing-in-action airman at the crash site of a US Army Air Force bomber shot down in Belgium in 1944.

Description:  Launched in 2014, the Missing in Action Recovery and Identification Project of the Biotechnology Center works to recover, identify, and repatriate MIA U.S. service members by conducting annual field excavations and year-round research assistance to families of missing service members. The project consists of an interdisciplinary team of academic experts and student volunteers in the fields of history, archaeology, forensic anthropology, and biology, collaborating to make these missions possible.  The project has identified the remains of three servicemembers:  PFC Lawrence Gordon in 2014, Lt Frank Fazekas in 2017, and 2nd Lt Walter Stone in 2018.

In the summer of 2019, the team initiated a recovery mission of an MIA crewmember of a US bomber shot down over Belgium in 1944.  The covid pandemic prevented the team’s return to Belgium and completion of the search until June & July this year.  Zinnen will share his experiences and observations as part of the team in Belgium this summer and include a comparison to the team’s excavation in France in 2016, in which he also participated.

Bio:  Tom Zinnen leads the BioTrek Public Outreach Program at the UW-Madison Biotechnology Center, and he is also a Biotechnology Education Extension Specialist with the Division of Extension, Wisconsin 4-H.  He studied biology at UW-Platteville, earned his master’s degree in plant pathology at the University of Illinois at Urbana-Champaign, and got his Ph.D. in plant pathology from the University of Wisconsin-Madison.  After a post-doc at Agrigenetics Corporation in Madison, he spent six years at Northern Illinois University before returning to UW-Madison in 1991.  He was a Congressional Science Fellow on the House Committee on Agriculture staff in 2000-2001 and was on leave in 2008-2010 as a speechwriter for the director of the National Science Foundation.  Along with Sarah Schutt of the Wisconsin Alumni Association, he launched Wednesday NIte @ The Lab in 2006 and continues to serve as the WN@TL emcee. 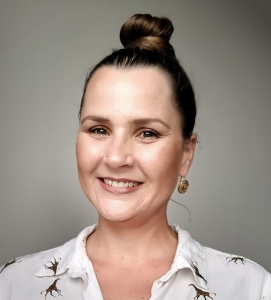 On September 14 Ana Caroline Paiva Gandara from the Department of Genetics and the Morgridge Institute will speak on “Climate Change & the Consequences of Suboptimal Temperatures on Reproduction.”

Description:  Changes in temperature have been reported worldwide due to climate change, as its affects the behavior of animals. So, it has become urgent to investigate how temperature impacts reproductive traits, such as gametogenesis and fertility. Insects are particularly sensitive to environmental temperatures because they cannot properly regulate their internal temperatures. These animals are extremely relevant due to public health, economic, and ecological reasons; they have representatives of disease vectors, agricultural pests, and pollinators. Despite the accumulated knowledge on the effect of temperature on insect reproductive fitness, cellular and molecular mechanisms are basically unknown. Studies on the effects of suboptimal temperatures on the reproduction of insects may pave the way for further research into the effects of climate change on the gamete quality of cattle, and pollinators under adverse environmental conditions. I am going to present a brief history of the studies of the effects of temperature on insect reproduction, with a focus on the fruit flies as a model system, passing through temperature sensing systems, and a few data about my own research on the topic.

Bio:  I was born in Brazil and have developed my whole scientific career at the Federal University of Rio de Janeiro, Rio de Janeiro, RJ – Brazil. Most of my experience was studying biochemistry and redox metabolism of hematophagous insects, with a focus in NADPH-oxidase and mitochondria roles in the gut. Because of my early involvement with science, I could mentor many students, be on undergraduate committees and collaborate with different research groups, which has yielded me several publications as a co-author. Since high school, I have often been attending and presenting posters at different national and international scientific meetings. I have also been involved with university outreach and science communication practices, as lectures in high schools, live events for the lay public, articles to diverse science communication media, and becoming a permanent volunteer in the traditional science museum “Espaço Ciência Viva” at Rio de Janeiro city, as a specialist monitor. From February 2018 to June 2022, I worked at the BMB department at Johns Hopkins Bloomberg School of Public Health as a postdoctoral fellow for Dr. Daniela Drummond-Barbosa. In July 2022, I started working as an Assistant Scientist at the Department of Genetics at the University of Wisconsin-Madison and for Morgridge Institute for Research. Using the model system Drosophila melanogaster, I study the effects of thermal stress on gametogenesis. I want to pursue a career in academic research, as an insect stress physiology specialist.