The use of animals by people at the University of Wisconsin for teaching and research may extend back to 1866 when, as the newly-designated Morrill Land-grant College for Wisconsin, the UW established the University farm in the area west of the President’s House.

Seventeen years later, in 1883, the Legislature established and funded the Wisconsin Agricultural Experiment Station, housed in South Hall.  The Station had a chemical lab in Room 43 and a botanical lab in Room 20 and experimental fields and a barn on the University farm.  Research on livestock had become a leading mission on campus. A mere seven years later Station Chemist Stephen Babcock announced his milkfat test developed in the chemistry lab on University Hill.

Another seventeen years later, and under the guidance of the now-retired Babcock, came the beginning of the Single Grain Feeding Study with dairy cattle from 1907 to 1911 in the UW Dairy Barn.  This study using cows as a bioassay helped establish the existence of vital nutrients beyond proteins, carbohydrates, lipids and minerals–that is, beyond stuff researchers could detect with chemical assays at the time.

But cows are large, slow, complex, and expensive as experimental animals. Early on during the single grain study, Station Chemist Elmer McCollum searched for alternatives to the cow for the bioassay.  He sought an animal that would be (relative to cows) small, fast, simple, and cheap. In 1908 he established on campus a colony of albino experimental rats, now among the oldest such colonies in the US.

Based on studies with rats, in 1913 McCollum and Marguerite Davis published their discovery of “fat-soluble A” factor and followed in 1916 with the discovery of water-soluble B.

Feeding studies helped farmers husband their livestock, but these nutritional experiments–first with dairy cattle and then with rats–were a pivotal points on the path of discovery of vitamins, with global impacts on the health and well-being of humans.

In the following decade, experimental rats would play a vital role in Steenbock’s discoveries concerning UV light activation of Vitamin D that led to the waning of rickets and to the founding of WARF, the Wisconsin Alumni Research Foundation.

Ironically, barn rats would become the target of Warfarin, a rodenticide named in honor of WARF and containing a variant of coumarin developed by K.P. Link, Miyoshi Ikawa and Mark Stahmann, and brought to market by d-CON founder Lee Ratner.

As Hal Herzog pointed out in his book and in his WN@TL talk in 2013, when it comes to animals, “Some We Love, Some We Hate, Some We Eat.”  The 150 year saga of research animals on the ag side of campus underscores the widely-divergent status our culture assigns to different species, as well as the profound insights we gain from studying animals. 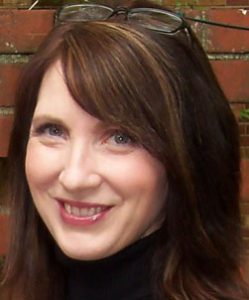 On October 13 Allyson Bennett of Psychology expands on these themes with an exploration of two key questions in her talk entitled “Animal Research: Why We Need It and Who It Helps.”

Description:  To understand how we and other animals learn and our brains process information, to develop vaccines for new diseases and new treatments for old ones, animal research plays key roles. Animal research has underpinned a wide range of discoveries that benefit us, other animals, society, and the environment. Here at UW–Madison, research has contributed to studies of animals in the wild, of companion animals like our dogs and cats, of agricultural animals and more. In this talk I will cover some of the basic facts about animal research, focusing on why we study animals and some of the core concepts in decision-making.

Bio:  Allyson Bennett, PhD is a developmental biopsychologist in the Psychology Department at UW-Madison and the Faculty Director of the UW-Madison Animal Program. Her research expertise is in comparative studies of behavioral and neural development. A complementary aim of Dr. Bennett’s research addresses the need for empirical evidence to inform evolving policies and practices in care of and research with animals in a range of captive settings, including laboratories, zoos, sanctuaries, and shelters. She has extensive experience and expertise in regulations for animal research. A core part of Dr. Bennett’s work reflects commitment to engaging in public education and dialogue to advance understanding and informed decision-making about public interests in humane and ethical scientific research. 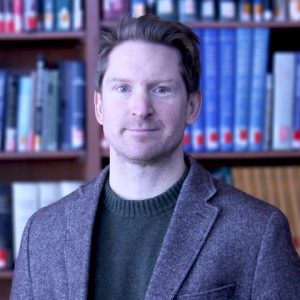 On October 20, as part of National Pharmacy Week,  Lucas Richert of the School of Pharmacy will speak on “Pharmacy History in Wisconsin: Science, Society, and Psychedelics.”Description:  The history of pharmacy tradition in Wisconsin, which was initiated over a century ago, began with a belief that science should be taught alongside the humanities. This talk will share the unique story of innovation, interdisciplinarity, and the struggle to blend scientific training with the liberal arts at the UW-Madison School of Pharmacy. In the face of contemporary developments in psychedelic science and medicine on the UW campus, it is a tradition that continues to have relevance today. This talk will also provide an understanding of the Madison-based American Institute of the History of Pharmacy (AIHP) and share some of the most interesting collections and specific items that might help scientists and historical researchers make strides together in the years ahead.

====
Remember, we’ve now shifted to Hybrid so we can both Zoom and gather in one Room—Room 1111 Genetics Biotech Center, 425 Henry Mall, Madison WI.
Please share this missive with your friends & neighbors.
If you’ll be watching for the first time, please register for the WN@TL Zoom at go.wisc.edu/240r59
If you’ve already registered for a previous WN@TL zoom this year, you’re good—you don’t have to register again.
Continue to use the link found in the confirmation message Zoom sent you when you first registered.
WN@TL begins at 7:00pm Central
You can also watch the web stream at biotech.wisc.edu/webcams.
Hope to see you soon at Wednesday Nite @ The Lab!
Tom Zinnen
Biotechnology Center & Division of Extension, Wisconsin 4-H
UW-Madison