I’ve never seen a wolf in the wild, but on occasion I’ve heard a few of them in concert at night while camping in the Boundary Waters. I must confess I tend to zip up both the mosquito door and the rainfly of the tent before turning in on those summer evenings.

One year, after we had taken out at the Lake One landing, we stopped at the International Wolf Center in Ely MN, just down the Fernberg Trail from the Dorothy Molter Museum.  There I had my first look at what the Voyageurs would call the loup.  I was expecting a slightly larger version of a coyote.  I was wrong.  As with my first encounter with a moose, I was astonished at just how much larger—actually, how much longer—the real wolf was than I imagined.  Safe behind the wall of plate glass, I could grasp why my Germanic ancestors had peppered their grim faery tales with wiles about dealing with wolves.

In recent decades the recovery or re-introduction of Midwest wildlife means that my kids, aged 16 and 13, can be nonchalant about seeing animals that I as a teenager would have been nonplussed to have glimpsed outside of zoos. These days owls hoot, redtail hawks shoot, bald eagles float, foxes scoot, turkeys strut, Canada geese poop, and sandhill cranes cry out in their pterodactyl call — and that’s just in our neighborhood a few blocks north of the Arb.  These fauna are warm fuzzies:  they kindle awe, rather than sparking fear.

But I’m guessing at least two predators would give me pause due to their teeth and their claws:  the transient cougar and the gray wolf.  And if I lived Up North in a cabin, cottage or farm where I could hear the howl from my back porch, I might feel something in addition to awe.  Getting along with wildlife takes on a different angle if co-existence might involve a dicier tangle.

Last year I first approached Adrian Treves about giving a talk on his research on wolf & wildlife policy, but, you know, covid.  So we settled on March 3.

In the meantime, on January 4 of this year the US Fish & Wildlife Service removed gray wolves from the federal endangered species list.  The Wisconsin DNR planned for a hunting & trapping season for wolves for next winter, but a lawsuit prompted the DNR to organize a season in February.  The quota was set at 119 wolves; 216  were reported taken.

And that is the tale of how the WN@TL schedule is benefiting from a stroke of serendipitous timeliness. 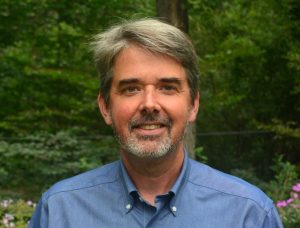 This week (March 3) Adrian Treves of the Nelson Institute speaks on “Wolf Policy and Its Effects on Illegal Killing, Human Tolerance, and Recovery.”

Description: Reporting new evidence from Wisconsin’s wolves, red wolves and Mexican gray wolves, Dr. Treves presents the state of the science on endangered wolf policy. Four lines of evidence show that ‘blood does not buy goodwill’. Legalizing wolf-killing does not raise tolerance for wolves, does not reduce poaching, and slows population growth more than expected from legal mortality. The best available science shows that cryptic poaching and concealment of evidence increases instead. Therefore, lethal management of predators should be reformed.

Bio: Adrian Treves focuses on ecology, scientific integrity, public trust principles, and agro-ecosystems where crops and domestic animals overlap carnivore habitat. Founder and Director of the Carnivore Coexistence Lab, and Professor of Environmental Studies at the University of Wisconsin–Madison, he earned his PhD at Harvard University in 1997. He and his lab have authored >134 scientific papers, best known for our gold-standard experiments on non-lethal prevention of predation on domestic animals, estimates of illegal wolf-killing and cryptic poaching, and our work on risk maps to predict human-carnivore conflict sites.

On March 10 we delve into a mix of microbiology & mosquitoes.  Kerri Coon of Bacteriology will be here to talk about “Why Mosquitoes Love YOU (and Other Things You Never Knew about Skeeters & Their Microbiome).”

Description:  Microbes are everywhere…and so are mosquitoes. Our lab has found interesting links between the communities of microbes present in the guts of mosquitoes and the environments in which they live (i.e. the ‘mosquito microbiome’) and the ability of mosquitoes to grow, reproduce, and blood feed. These findings not only have important implications for the development of novel strategies to control mosquitoes and the pathogens they transmit, but also for our understanding of how microbes have shaped the evolution of other, closely related insects of ecological, medical, and agricultural concern. Join us to find out more about the biology of these notorious pests, and to learn about a friendly mosquito native to Wisconsin!

Bio:  Kerri Coon is an Assistant Professor in the Department of Bacteriology. Kerri received her doctoral degree from the lab of Dr. Michael Strand at the University of Georgia, where she studied the microbial regulation of molting in mosquitoes. She subsequently worked on insect microbiome-immune system interactions in Dr. Nancy Moran’s lab at the University of Texas at Austin before starting her position at the University of Wisconsin-Madison in 2019. Research in Kerri’s lab focuses on understanding the diversity and function of gut microbes in mosquitoes and other insect disease vectors. 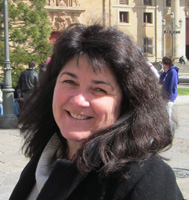 On March 17 Corinna Burger of Neurology provides insights into keeping a sharp mind with her talk, “Use It or Lose It: the Role of Environmental Enrichment in Cognitive Aging.”

Description:  Cognitive reserve/resilience is a growing focus in the field of aging and Alzheimer’s disease (AD) and, although high educational attainment provides resilience to age-related cognitive impairment and AD, the molecular mechanisms giving rise to the functional benefits of high cognitive activity are unknown. My lab studies how environmental enrichment improves cognitive function in aging rats to identify pharmacological or lifestyle changes that can provide resilience to the effects of aging and neurodegeneration.

Bio: Corinna Burger is an Associate Professor in the Department of Neurology. She received her PhD from the University of Colorado Health Science Center and did post-doc research at the State University of New York and at the University of Florida before joining the faculty at UW-Madison.  Her lab is interested in two main problems in molecular neuroscience: the molecular biology of learning and memory, and the genetic mechanisms underlying neurodegenerative disorders.