Skip to main content
University of Wisconsin–Madison
For January 20, 2021
Please share this missive with your friends & neighbors.
If you’ve already registered for a previous WN@TL this fall, you’re good—you don’t have to register again.
If you’ll be watching for the first time this week, please register for the WN@TL Zoom at go.wisc.edu/240r59
By Zoom only, beginning at 7:00pm Central.
If you would like to join the weekly email missives, please send an email to wednesday-nite-at-the-lab+subscribe@g-groups.wisc.edu
Hi WN@TL Fans,
I can’t remember a WN@TL evening that coincided with a Presidential inauguration.  It’s an auspicious occasion, and I hope this inauguration augurs well for the rolls of science in public policy, which I hope will be of cinnamon with icing. With high hopes for the future, I’d like to turn to the past.
Fifty summers ago, in 1970, many of the corn fields on the edge of Dixon—the closest such field was a mere six blocks west from my family’s home on Third Street—turned speckled and brown in mid July.  It was a big deal, a plant plague unlike any seen before in the corn belt.  Orion Samuelson, originally from Ontario, WI (and like John Muir, Frank Lloyd Wright, and Charles Lindbergh, a UW-Madison dropout) would fill us in on WGN, when the farm report was a vibrant part of Chicago’s most powerful radio station and most influential TV station.
That summer the Southern Corn Leaf Blight slashed corn yields in Illinois by 250 million bushel and the value of the US corn crop by $1 billion.
In the fall of 1971 my ag teacher, Al Tieken, took me and 14 other FFA members to the University of Illinois for the annual Milk Judging contest.  During the walkabout tours around the ag campus, I first ran into the field of Plant Pathology.  I took home a trifold brochure describing the science and practice of dealing with plant diseases.  Eight years later I returned to the U of I to start grad school in plant pathology.
One didn’t need much in the way of mathematical modeling or algorithmic magic to complete a plant path degree.  A course in statistics  sufficed for crunching one’s experimental data, and for the excruciating sifting to find those rare statistically-significant differences upon which pivoted the fate of one’s thesis and the fate of one’s life—and in 1981 there was no significant difference between those two.
But at the edges of the profession came creeping in epidemiologists, armed more with powerful mathematics rather than Koch’s postulates,  looking at population approaches to understanding the ebb & flow of diseases across fields, counties, and countries.
I’ve been out of plant pathology for 30 years, so it’s a bright shaft of light to get to see how new approaches, new techniques, and new technologies in Big Data are giving insights unforeseeable in pathology—plant and human—a generation ago.
And now we can turn back to the future, looking ahead on this Inauguration Day. 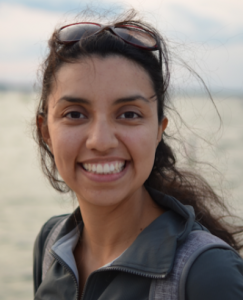 On January 20 Claudia Solis-Lemus of Plant Pathology and the Wisconsin Institute for Discovery presents on “Through the Looking-Glass of Data Science.”
Description:  Big data is creating a big splash. In 2020 we expect 2.7 million job openings in Data Science in the US alone — 10 times more than public health, another fast-growing field. But what exactly is Data Science? In this talk, I will describe my research as a statistician in a Plant Pathology department, and how Data Science is revolutionizing the way we study plants and microbes. Statistics exploits the power of big data, redefining the way in which we do science by allowing us to spark discovery out of the massive amounts of data that are being collected in every scientific field. I will describe specific examples related to soil and plant microbiome, and illustrate how the general applicability of statistical tools can help translate methodologies that we use in plants to human research, in particular, to gut and lung microbiome.Bio:  I grew up in Mexico City, where I did my undergraduate work at the Instituto Tecnologico Autonomo de Mexico in Actuarial Sciences and Applied Mathematics. I did my Ph.D. in Statistics at the University of Wisconsin–Madison, and then a postdoc here as well in the Department of Botany. After that, I did a postdoc at Emory University in the Department of Human Genetics. Now, I am an assistant professor jointly affiliated with the Wisconsin Institute for Discovery and the Department of Plant Pathology.
Links:
http://crsl4.github.io/
https://ecals.cals.wisc.edu/2019/10/09/new-faculty-profile-claudia-solis-lemus-develops-statistical-models-to-answer-biological-questions/
=== 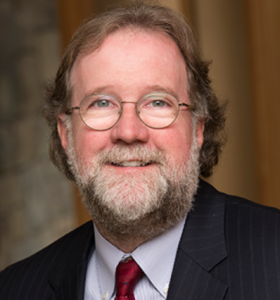 On January 27, Sean Carroll will zoom to us from Maryland where he serves as Vice President for Science Education at the Howard Hughes Medical Institute.  He’ll be speaking on topics covered in his latest book, “A Series of Fortunate Events:  Chance, the Making of the Planet, Life, and You.”
Description:
Why is the planet the way it is? How did we get here?

Does everything happen for a reason or are some things left to chance?Philosophers and theologians have pondered these questions for millennia, but over the past half-century, startling scientific discoveries have revealed that we live in a world driven by chance. Sean Carroll tells the stories of the mother of all accidents, the accident of all mothers, and much more in an entertaining and awe-inspiring tale of the surprising power of chance in our lives and the world.

Bio:  Sean B. Carroll is an award-winning scientist, writer, educator, and film producer. He is Professor Emeritus of Molecular Biology and Genetics at UW-Madison, and currently Vice President for Science Education at the Howard Hughes Medical Institute, Head of HHMI Tangled Bank Studios, and the Balo-Simon Chair of Biology at the University of Maryland.
Sean is a member of the National Academy of Sciences, been a finalist for the National Book Award in non-fiction, and earned two Emmys for documentary films. His last book was the basis for Emmy-winning nature film The Serengeti Rules. His new book, A Series of Fortunate Events: Chance and the Making of the Planet, Life, and You, was just published by Princeton University Press.
=== 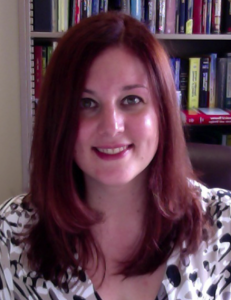 On February 3, Andrea Strzelec of the College of Engineering’s Program in Engineering in Engine Systems, will be here to provide her comparative analysis of three types of ways to power vehicles:  internal combustion, electric, and electrified hybrid.  Her talk is entitled The Future of Hybrid Vehicles:  Electric vs Electrified Powertrains.

There is a lot of very important discourse about the need for a cleaner and more energy efficient future. This is fantastic! However, it can also be fanatic and lacking in scientific truth. Engine bans and “Zero Emissions” vehicles are perfect examples of this.

I want to stipulate that the issues surrounding CO2 emissions are real and problematic. However, just like all hot button issues, there are a lot of false claims surrounding this issue that need to be addressed. Knee-jerk reactions based on faulty assumptions or an incomplete view of the engineering analysis will not solve the problem, and in some cases may make it worse. In this talk, I will try to explain WHY.

There is a significant difference between “electric” and “electrified” when it comes to vehicle powertrains that is necessary to understand. In addition, much like “there is no free lunch” there is also no such thing as a zero emissions vehicle or ZEV. Drawing the “box” for our analysis has to be done honestly for comparison – there is just one global atmosphere for us to inhabit – so there is no hiding the truth.

In this talk, I will focus on the details of why word choice matters when it comes to clean vehicles, and how….. “dirty” is in the details.