Skip to main content
University of Wisconsin–Madison
For January 15, 2020                Please share this with your friends
Hi WN@TL Fans,
From my office desk I can look out over Henry Mall and see the circular window that gave scant sunlight to the attic of the Agricultural Chemistry building where in the fall of 1923 Harry Steenbock was performing his pivotal experiments in shining UV light on rat chow to activate precursors of Vitamin D. 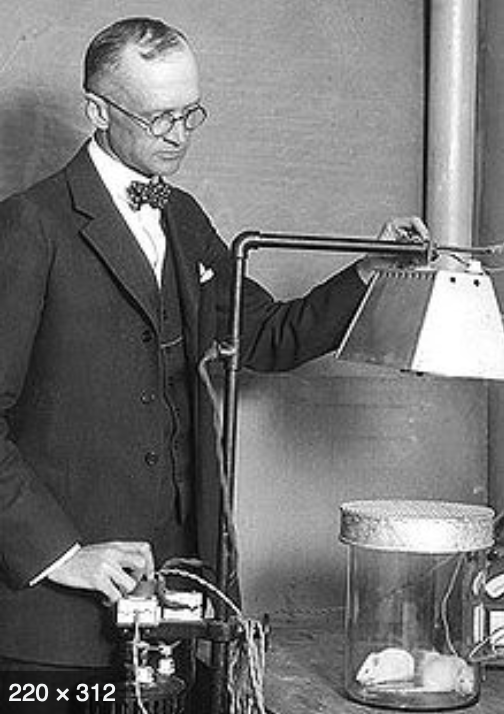 I’m guessing that window was thoroughly blacked out at the time, to keep any extraneous slivers of sunlight from confounding the experiments.
The window is clear now, but I hear the little light-safe hut Steenbock used in the attic didn’t survive the renovation of the Biochemistry building in 2010.
What isn’t so clear are the strands of history, hagiography and mythology that have braided & ravelled over the past nine decades.  If on the Champs de Mars rises a fog of war, here on campus on occasion wafts a haze over the maze of discovery.
This week (January 15) Kevin Walters returns to WN@TL to provide the latest in his continuing research into the formative years of WARF and the early experiences with patents, licensing & royalties at the University of Wisconsin.
Here’s how he describes his talk, entitled “Revised & Resubmitted:  WARF, Steenbock, & Vitamin D”:
Sometimes a research project brings to light new evidence that forces the investigators to challenge their own assumptions and reassess their earlier conclusions. This lecture will provide a case study in how that can happen and how to respond when it does.
Kevin Walters has presented at WN@TL twice before. First in 2016, when he explained the role of UW-Madison and the Wisconsin Alumni Research Foundation (WARF) in the development of a process of vitamin D fortification, and again in 2019, when he presented his dissertation research on Harry Steenbock (the founder of WARF) and the patenting of university science.
Now, Kevin returns to tell us how what he learned about Steenbock forced him to reconsider the history of vitamin D. How does a deeper understanding of the life and times of a scientist and inventor change the way we understand his science and his inventions? The answer involves a millennia-old mystery about the connections between disease and food, a 19th century scientific competition to discover the hidden secrets of nutrition, and the 20th century emergence of American industrial consumerism.
About the Speaker: 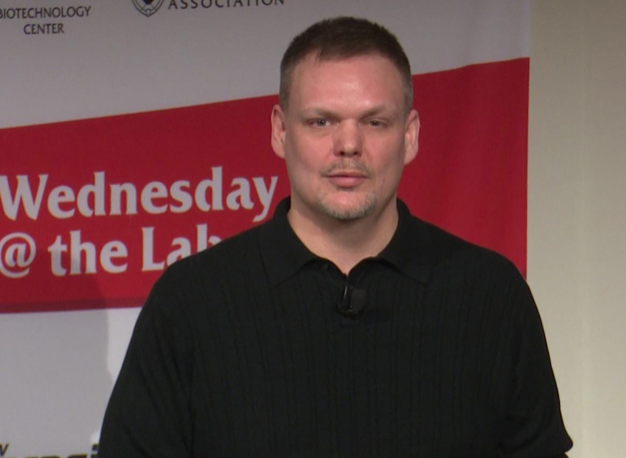 Kevin Walters is a historian of university technology transfer. He currently serves as Strategic Research Coordinator in the Communications Department at the Wisconsin Alumni Research Foundation (WARF), where he has served in various capacities as a historian and archivist since the summer of 2011.
Kevin earned a doctorate in history from the University of Wisconsin-Madison in 2018 with a dissertation entitled “Before the Foundation: Harry Steenbock and the Patenting of University Science, 1886-1925.”
Prior to arriving in Madison, he spent seven years as an operations analyst at GE Capital while completing an MA in Humanities and an MA in History from the University of Texas at Dallas. He also holds a BA in History and Humanities from the University of Texas at Austin. Raised in Temple, Texas, he’s now happy to call Wisconsin home.
Links:
https://www.warf.org/about-us/employee-directory/walters-kevin.cmsx 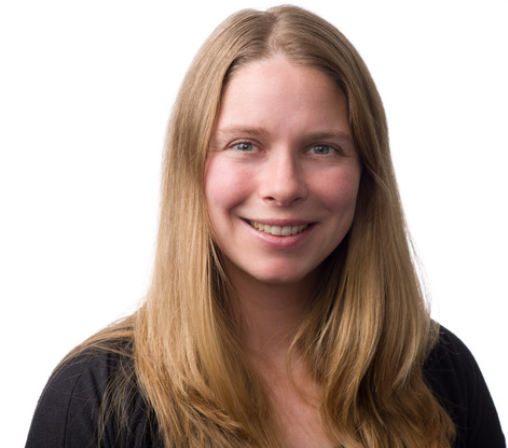 Next week (January 22) Julia Noordyk of UW Sea Grant Institute will be here to talk about the water quality of Green Bay. She writes:
“Since the arrival of the Europeans in the 17th century, the world’s largest freshwater estuary has undergone tremendous ecological changes. The once stunningly clearwater bay, surrounded by wetlands, is now primarily known for its legacy of industrial pollution, blue-green algae blooms and a dead zone. But all is not lost! Today, we are witnessing the largest PCB cleanup in the world in the Fox River and the re-construction of the Cat Island Chain which will provide 242 acres of island habitat for threatened and endangered shorebirds. Join me for a trip through time as we look at the up’s and down’s of one of Wisconsin’s greatest natural assets: the Bay of Green Bay.”

I hope Green Bay will be diluted by no new tears by next Wednesday, and that San Francisco Bay runs a little saltier near Santa Clara.

Hope to see you this week at Wednesday Nite @ The Lab!
Tom ZinnenBiotechnology Center & Division of Extension
UW-Madison

Visit UW-Madison’s science outreach portal at science.wisc.edu for information on the people, places & programs on campus that welcome you to come experience science as exploring the unknown, all year round.
Here are the components of the WN@TL User’s Guide:
1. The live WN@TL seminar, every Wednesday night, 50 times a year, at 7pm CT
2. The live web stream at biotech.wisc.edu/webcams
3. The WN@TL YouTube channel
4. WN@TL on the University Place broadcast channel of PBS Wisconsin
5. WN@TL on the University Place website
To invite your friends to subscribe to the WN@TL listserve, ask them to send an email to join-wednesday-nite-at-the-lab@lists.wisc.edu
The Upcoming WN@TL Lineup 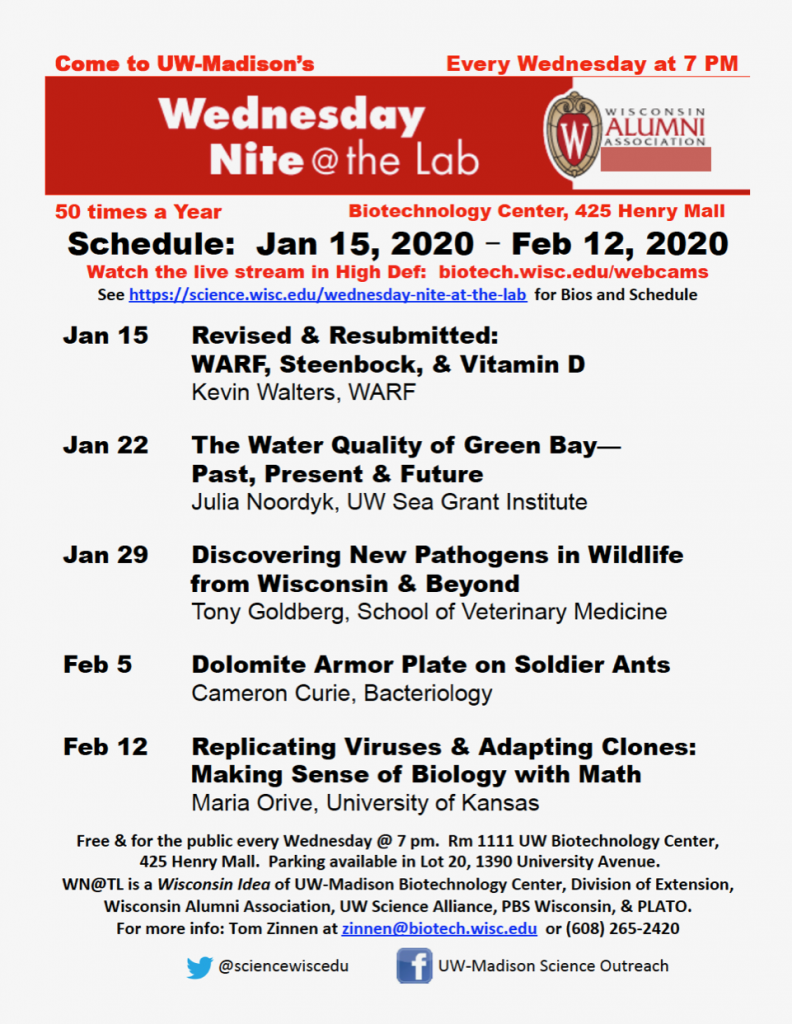