Skip to main content
University of Wisconsin–Madison
For October 2, 2019
Please spread the word to your friends & neighbors.
Hi WN@TL Fans,
As a fan of the written word, I like that DNA is a lot like an alphabet.  The English alphabet has 26 letters that we string into words, words into sentences, sentences into paragraphs, and so forth.  You can think of DNA as an alphabet with only four letters that cells string into genes, genes into chromosomes, and chromosomes all together make genomes.
The folks in the 1950’s who were crafting analogies for the nuts & bolts of information flow in DNA first used the letter analogy.  Transcription is going from a DNA to an RNA template, similar to converting from Greek text to Latin.  Translation is  making an English meaning out of Latin.  Replication means making a copy of a manuscript, not unlike the work of monks and scribes with penna, ink and sheepskin.
Just as the monks had the arrival of Gutenberg, the early DNA sequencers have had the arrival of automatic DNA sequencers.  In 1990 came the moonshot quest of the Human Genome Project to sequence not just some of the human’s genes, but all of them, including all the the DNA that may not at first be recognized as genes.
At the end of a decade of dazzling new chemical techniques, elegant mathematical algorithms, beguiling software and astonishing machines, the first versions of the human genome were published in February 2001.
In the 18 years since, the science of being able to sequence, analyze, and compare the genomes, and the patterns of gene expression, of hundreds of species has transformed our view of life on Earth, our understanding of life’s origins in the past, and our grasp of its possible trajectories into the future.
New techniques, algorithms, programs and devices can speed the current track of genomics, and unforeseen innovations may steer the field into a future of new directions.
Helping to invent that future is at the core of the UW’s new Center for Genomic Science Innovation.
This week (October 2) Chilton’s own Audrey Gasch, professor of genetics and of medical genetics, will lay out the missions and aspirations of the new center.
As she writes:
“The University of Wisconsin has established a new research endeavor, the Center for Genomic Science Innovation (CGSI).  The goal of the center is to foster innovative new ways of reading, studying, and interpreting an organism’s DNA blueprint, called the genome, for broad application in medicine, agriculture, industry, and basic scientific discovery.
CGSI Interim Director Audrey Gasch will speak about what a genome is, why the field of genome science is important, and how UW-Madison is bringing the benefits of genomics to Wisconsin and the world.”
About the Speaker 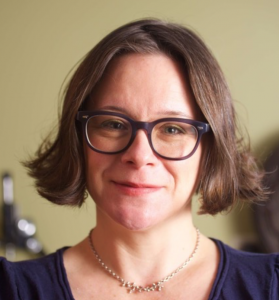 Dr. Gasch hails from Chilton, Wisconsin, where she first became enthralled with biology while growing up on a rural farm.  She received her BS in Biochemistry from the University of Wisconsin-Madison in 1994 before attaining her PhD in Biochemistry from Stanford University, followed by postdoctoral studies in genomics at the Lawerence Berkeley National Laboratory and the University of California at Berkeley.
Dr. Gasch has maintained a research lab at UW-Madison since 2004 in the Departments of Genetics and Medical Genetics.  She is also passionate about brining science and genomics to schools and community centers in effort to provide all kids access to exciting hands-on science.
=== 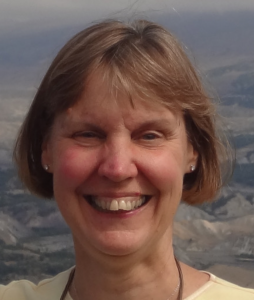 Next week (October 9) Monica Turner of Integrative Biology will be here to share her insights into “The Uncertain Future of Yellowstone in a Warmer World with More Fire.”
Hope to see you soon at Wednesday Nite @ The Lab.
Thanks again!
Tom ZinnenBiotechnology Center & Division of Extension
UW-Madison