It is mid-August.  All is languid. The lakes and beaches beckon, but school looms.  Along the town alleys and across the country roads, the crickets and grasshoppers rule by day, and the locusts and nighthawks rule the night.

When three weeks ago July passed away, the corn and the beans were surging green. Now the days are all about the filling of the pods and the ripening of the grain.  Hints of yellow speckle the fields. 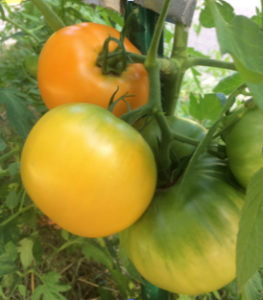 In my tomato patch, green globes turn to golden orbs. In my garden, yesterday’s sunflowers are becoming tomorrow’s seedheads. All over Wisconsin, we are hurtling toward the harvest, but for now we wait, and collect our thoughts.

It is mid-August, a good time to reflect back a quarter century ago, when the first harvests of genetically engineered crops were coming in, and to ponder what range of genetic techniques might be applied to corn and beans and tomatoes and their kin in the coming decade.

This week (August 21) I’ll be speaking on the sagas of genetically engineered crops from the early days in the 1970’s, through the first field tests in the mid ‘80s (right here in Dane County), and on to commercialization in the mid ‘90s. Now we again face the questions of how another generation of new technologies such as CRISPR will be viewed, used and regulated around the country and across the globe. 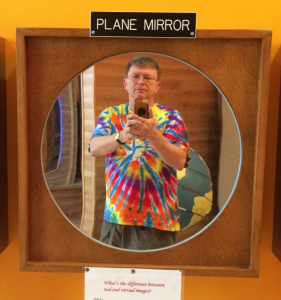 I grew up in Dixon, Illinois, on the Rock River, downstream from Lake Mendota.  On the banks of the Rock, I attended Dixon High School, now renovated on the interior and restored on the exterior.  My Mom went to high school there (’46) and my Dad was a history teacher & guidance counselor there (1952-1983).  I studied biology at UW-Platteville, in Grant County, the subject county of next week’s talk.  I got my MS in plant pathology at the University of Illinois working on soybean seed diseases, and in 1985 I got my PhD in plant pathology at UW-Madison working on tobacco mosaic virus, and how a plant infected with a mild strain of TMV can be protected against infection by a severe strain.

After 16 months as a post-doc at Agrigenetics working on transgenic virus-resistant crops on Madison’s East Side, I moved to Northern Illinois University. On June 3, 1991—it was a Monday— I returned to UW-Madison to lead the public outreach program at the Biotech Center and to serve as a Biotechnology Education Specialist with UW-Extension.  With the exception of being a Congressional Science Fellow in 2000-2001 and serving as a speechwriter at the National Science Foundation 2008-2010, I’ve been here ever since.

On October 16, 1995, the Biotechnology Center moved into its current home, and the theme of my work adjusted to a focus on welcoming the public to come experience science at UW-Madison and, as my friend Ken Smith put it, to make the campus a “Destination for Exploration.” 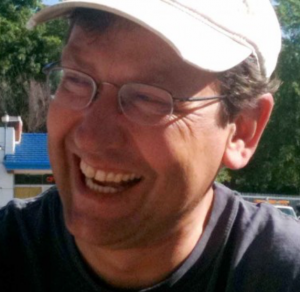 Next week (August 28) Dave Hart of the Wisconsin Geological & Natural History Survey will be here to give a river talk — specifically, to show us how he and his team have tricked out a canoe with sensors of all sorts to record streams of data about the stream upon which they float their boat.  One such stream is the Grant River in Grant County, as it flows through the woodlands and fields and pastures on its way to the Mississippi.

Appropriately enough, Grant River and Grant County were named for a long-ago trapper who had a cabin on the river.  And here all along I thought the county was named for Ulysses S.

Next week I’ll be in the Boundary Waters, paddling on the Kawishiwi River, portaging into Lake Insula, and on to Eddy Falls.  Bea Mumm, of Bloomington in Grant County, will be your emcee.