Among my favorite Greek myths are three leading examples of perpetual torture:  thirsty Tantalus in his cool pool of water, futile Sisyphus with his rolling stone, and ingenious Prometheus and his nightly liver redux.

I’ve long been impressed that the ancient Greeks apparently grasped that in the adult human the liver is one of the few organs that can regenerate. It’s an example of prescience, and as such it’s apt that Prometheus means ‘knowledge of forethought.’

If only other organs could regenerate themselves.  If only we could grow organs from our own cells to replace our broken bladders, kidneys, pancreases, lungs, hearts, eyes and the like.

Nearly 21 years ago, Jamie Thomson stood at the lectern we use for Wednesday Nite @ The Lab and announced to the world that he and his group had figured out how to cultivate human embryonic stem cells.

Nine years later Thomson and his group discovered how to make induced pluripotent stem cells, opening more potential pathways for producing replacement tissues and organs, and for coming up with ways to keep the newbies from being rejected after transplanting.

Since 1998, stem cell technology has held out the distant hope of someday being able to grow new organs.  Now, a human generation later, and with insights from a mouse model system, we—like ingenious Prometheus—can more than foresee the possibility.

This week (August 7) Matthew Brown of the Humanized Mouse Core Service at the School of Medicine & Public Health will be here to tell the tail of how mice with humanized immune systems help speed research in organ transplantation and enable investigations at the intersection of pluripotent stem cell biology & immunology.

Here’s how he describes his talk, entitled “Induced Pluripotent Stem Cell Therapies, Humanized Mice, and the Future of Transplantation”:

“The derivation of human induced pluripotent stem cells (iPSCs) was described contemporaneously by the laboratories of Dr. Shinya Yamanaka and Dr. James Thomson in 2007. iPSCs are similar to embryonic stem cells, in that they have the potential to be differentiated into any cell type in the body and can be expanded without limit. These cells have the added benefit of being able to be made from specific patients, which allows for autologous (“self-derived”) therapies and the harnessing of patient-specific genetic profiles for various experimental and therapeutic applications.

IPSCs have the potential to revolutionize modern medicine, but in order to realize this potential it will be crucial to overcome transplantation rejection and encourage long-term durable tolerance of iPSC-therapies. The humanized mouse, including the novel NeoThy model developed here at the UW, is a crucial tool for studying how human immune cells interact with iPSC-therapies. In his Wednesday Night @ The Lab talk, Dr. Brown will present an overview of iPSCs and humanized mouse models, and talk about his lab’s investigations into the immune response to iPSC-derived cellular therapies. 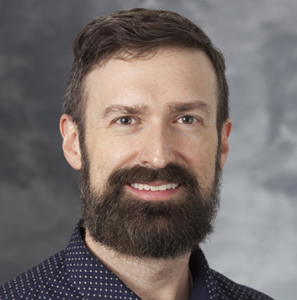 Matthew E. Brown, Ph.D., is an Assistant Professor in the Department of Surgery/Division of Transplantation at the University of Wisconsin-Madison. Dr. Brown also serves as co-Director of the UW Humanized Mouse Core Service. He completed his graduate training at the UW in the lab of William J. Burlingham, and a postdoctoral fellowship with James Thomson at the Morgridge Institute for Research. 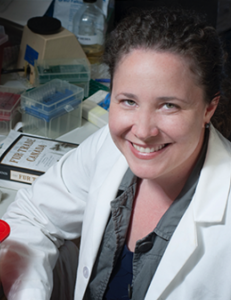 Next week (August 14) Caitlin Pepperell  of Medical Microbiology & Immunology will pose and parse the question, “How Do Micro-organisms Evolve to Become Pathogens?”

From her website:  Humans interact with billions of micro-organisms, and the vast majority of these interactions are inconsequential or beneficial to us. Disease results when the micro-organism has the capacity for virulence and response by the host is inadequate or self destructive. How do these antagonistic interactions evolve? What evolutionary forces are responsible for the diversity in outcomes when pathogens encounter hosts? How do micro-organisms become adapted to a pathogenic lifestyle?

And for a Boundary Waters fan like myself, this graphic of the Canadian fur trade is almost heaven: 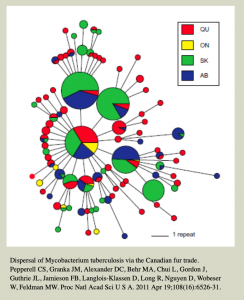 Maybe we’ll get to hear next week what happened to Mycobacterium in Manitoba.