If you are of a certain age (“old” in the Metric system, “olde” in the English), you know right where you were when the Eagle landed on the Sea of Tranquility on July 20 in the Summer of ’69.  I was at Petrifying Springs Park in Kenosha at the Schulte Family Reunion.   I was 11.  The most vivid memory of the day was the huge metal horse tank full of blocks of ice and glass bottles of soda, as my Racine cousins called it.

Space flight was cool and all, but it was also routine for a kid who watched the Mercury flights at home and the Gemini flights at St. Mary’s School, and who read the Time Magazine with the color photo of Gus Grissom, Ed White and Roger Chaffee on the cover.

Apollo 8 had gone to the Moon and back at Christmas 1968. Apollo 9 in March 1969 had tested in Earth orbit the do-si-do docking dance required of the command module and the lunar module. Apollo 10 in May had done likewise, but in orbit around the Moon.

Then, something unanticipated happened after Apollo 11. Not right after, but within a couple of years, the Apollo space program was cut short. It ended in December 1972.

Nevertheless, think how different our grasp of the Moon, the Solar System, the Milky Way, and the Universe are today from 50 Julys ago. Crewed space stations and unmanned space telescopes, rovers, and probes have yielded astonishing views and even more astonishing insights into our Earthly home, our stellar neighbors, and our own selves.

So what’s next for crewed space flight?  A return to the Moon flies in the face of the supposed Daniel Burnham dictum of “Make no little plans; they have no magic to stir men’s blood…”

Mr. Burnham might, however, take a shine to the audacity and danger of humans going to Mars. A flight from Earth to the Red Planet would take five months (about nine months according to this).  Plus you gotta come home.  The fastest roundtrip approach yet broached would take a mere 245 days.

These constraints open the question:  What’ll it take for a human to go to Mars and back?

This week (July 17) Jaime Cordova of Genetics, and who is a NASA Solar System Ambassador,  will be here to help us mark the 50th anniversary of humans on the moon with his talk, “The Next Giant Leap: Apollo and Life Sciences Research for the Journey to Mars.”

“That’s one small step for man, one giant leap for mankind” It’s been 50 years since Neil Armstrong spoke the famous words, during the first visit to another world. This presentation of Wednesday Nite @ The Lab will celebrate the events of July 20, 1969: the landing of Apollo 11 on the Moon, completing President John F. Kennedy’s goal before the decade was out. We’ll visit some of the events of the mission, along with some of the biological results of Apollo.“Despite it being 50 years since first setting foot on the Moon, we’ve yet to return since Apollo 17, or even to go beyond low Earth orbit. We’ll visit some of the biological challenges of making the trip and space life sciences research that has been conducted since then, including here at UW-Madison, with the goal of helping humankind make the next giant leap to Mars.” 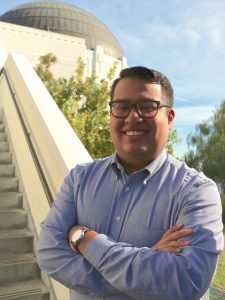 Jaime Cordova is a graduate student in the Laboratory of Genetics at the University of Wisconsin, Madison. His research focuses on the genome response of bacteria such as E. coli and Salmonella to changes in oxygen levels. Before coming to UW-Madison, Jaime received his B.S. in Molecular Cell Biology and Physiology from California State University, Long Beach and his A.A. in Biology and Chemistry from Cerritos College.

In addition to being a graduate student, Jaime is a Solar System Ambassador for NASA’s Jet Propulsion Laboratory. SSAs volunteer on behalf of NASA and JPL to communicate the science and the excitement of NASA’s space-exploration missions and their discoveries. Jaime’s science outreach spans from two museum guide positions, one at the California Science Center where he speaks about the accomplishments of the Space Shuttle Endeavour and the second is at Griffith Observatory where he enjoys speaking to the public about astronomy and discoveries focusing on the origins of life and other places in the universe that may harbor life.

In addition to his guide positions, Jaime enjoys doing outreach at schools and on Twitter, he can be found @jaimecor_94. His goal, in any form of communicating science, is to show others the wonders of science and the discoveries that it can bring about. 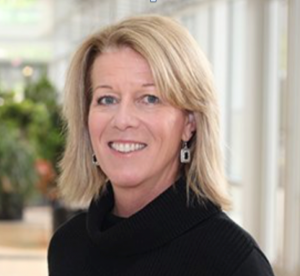 Next week (July 24) Deneen Wellik, chair of the Department of Cell & Regenerative Biology, will be here to ask, “Are HOX-expressing Cells Musculoskeletal Stem Cells?”