WN@tL: The Next Giant Leap: Apollo and Life Sciences Research for the Journey to Mars

Speaker Bio: Jaime Cordova is a graduate student in the Laboratory of Genetics at the University of Wisconsin, Madison. His research focuses on the genome response of bacteria such as E. coli and Salmonella to changes in oxygen levels. Before coming to UW-Madison, Jaime received his B.S. in Molecular Cell Biology and Physiology from California State University, Long Beach and his A.A. in Biology and Chemistry from Cerritos College. In addition to being a graduate student, Jaime is a Solar System Ambassador for NASA’s Jet Propulsion Laboratory. SSAs volunteer on behalf of NASA and JPL to communicate the science and the excitement of NASA’s space-exploration missions and their discoveries. Jaime’s science outreach spans from two museum guide positions, one at the California Science Center where he speaks about the accomplishments of the Space Shuttle Endeavour and the second is at Griffith Observatory where he enjoys speaking to the public about astronomy and discoveries focusing on the origins of life and other places in the universe that may harbor life. In addition to his guide positions, Jaime enjoys doing outreach at schools and on Twitter, he can be found @jaimecor_94. His goal, in any form of communicating science, is to show others the wonders of science and the discoveries that it can bring about.

Description: “That’s one small step for man, one giant leap for mankind” It’s been 50 years since Neil Armstrong spoke the famous words, during the first visit to another world. This presentation of Wednesday Nite @ The Lab will celebrate the events of July 20, 1969: the landing of Apollo 11 on the Moon, completing President John F. Kennedy’s goal before the decade was out. We’ll visit some of the events of the mission, along with some of the biological results of Apollo.

Despite it being 50 years since first setting foot on the Moon, we’ve yet to return since Apollo 17; or even go beyond low Earth orbit. We’ll visit some of the biological challenges of making the trip and space life sciences research that has been conducted since then, including here at UW-Madison, with the goal of helping humankind make the next giant leap to Mars. 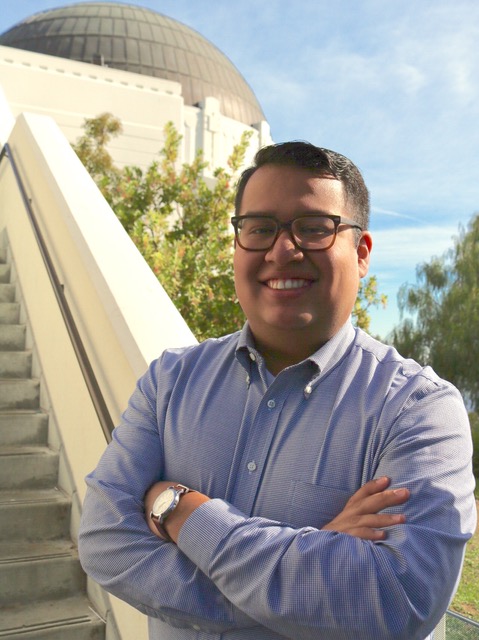