Explore the Unknown!
For September 15, 2021
Hi WN@TL Fans,
Had he had them—neutrinos and IceCube, that is—imagine what antipodal pairings Dickens might have carved out with his pen on paper, when in his A Tale of Two Cities mode.  Superlatives flow in extremis.  One of the tiniest particles—barely having any mass—detected by one of humanity’s largest apparatus.
Consider the savvy and the courage needed to see and to foresee, to design and to fabricate, to draw out the equations and to build up the detectors to sense and to make sense of entities that hurl across space unfazed-undeflected-undeterred by magnetic fields, unlike the electron or proton.
There at the South Pole IceCube sits, at the bottom of the world, on top of 8,000 feet of ice, an eye upon the sky like no other.  What a Promethean achievement of the mind and the hand.
===

This week, on September 15, for the first time since March 4 of 2020, we return to the Auditorium, Room 1111 Genetics Biotech Center, 425 Henry Mall.  And what a homecoming it is, with a special set of presentations entitled “IceCube Turns Ten: Past, Present and Future for the World’s Biggest and Strangest Observatory” by Francis Halzen, John Kelley, and Lu Lu.
Description: The IceCube Neutrino Observatory, dubbed “the strangest telescope in the world”, sits in a cubic kilometer of ice at the South Pole, Antarctica. IceCube detects signals from astrophysical neutrinos that interact in the ice, revealing previously hidden information about the universe. It has been 10 years since IceCube began full operations on May 13, 2011. Join us as we look back at the massive construction effort led by UW-Madison, highlight exciting discoveries uncovered by a team of nearly 400 scientists from 53 institutions in 12 countries, and give a glimpse into the future of this one-of-a-kind instrument.
Bios:Dr. Francis Halzen is the principal investigator of IceCube, Hilldale and Gregory Breit Professor at UW–Madison. In 1987, Halzen started working on the concept of using natural Antarctic ice as a neutrino detector. This led to the AMANDA experiment, a first-generation neutrino telescope at the South Pole that represented a proof of concept for the IceCube Neutrino Observatory.Dr. John Kelley is a scientist and detector operations manager of the IceCube Neutrino Observatory. He started working on IceCube in 2003 and has deployed nine times to the South Pole.Dr. Lu Lu is an assistant professor at UW–Madison working to discover the origins of the highest energy particles and to understand their acceleration mechanisms using IceCube. In addition to her research and development work, Lu co-developed an augmented reality app, ICEcuBEAR, to visualize IceCube real-time alerts on mobile phones.Explore More:https://icecube.wisc.edu/icecube10/https://wipac.wisc.edu/news/article/celebrating-icecube%E2%80%99s-first-decade-discoveryhttps://icecube.wisc.edu/
===
On September 22 we welcome back Christy Remucal of the Department of Civil and Environmental Engineering to speak on “PFAS in Waters of Wisconsin.”
Description: Per- and polyfluoroalkyl substances (PFAS) are a group of >5,000 synthetic chemicals that are used in commercial products, fire fighting foams, and industrial applications. PFAS are increasingly detected in surface waters and groundwater in Wisconsin, where they are raising concerns about human and ecosystem health. This talk will discuss the prevalence of PFAS in the Great Lakes, with a specific focus on the Marinette and Peshtigo region due to known contamination in that area.Bio: Associate Professor Christy Remucal leads the Aquatic Chemistry group at the University of Wisconsin, Madison and is the Director of the Water Science and Engineering Laboratory. She is a faculty member in the Department of Civil & Environmental Engineering and the Environmental Chemistry & Technology Program. She holds an MS (2004) and a PhD (2009) in Civil & Environmental Engineering from the University of California, Berkeley, and a BS (2003) in Environmental Engineering Science from Massachusetts Institute of Technology. Before joining the UW faculty, Christy completed a post-doc in the Institute for Biogeochemistry and Pollutant Dynamics at the Swiss Federal Institute of Technology.Explore More:https://www.wiscontext.org/what-are-pfas-and-why-are-they-problem
https://remucal.engr.wisc.edu/index.html
=== 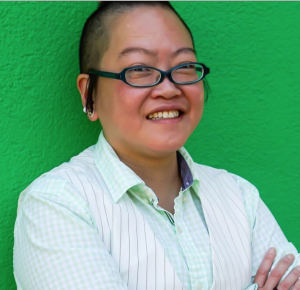 On September 29 we get a taste of how what Jonathan Patz now calls “the Climate Crisis” is changing our foods, and therefore our culinary heritage.  Law professor Steph Tai explores the legal angles of a social justice issue in their talk entitled, “In Fairness to Future Generations of Eaters and Drinkers: How Legal Reforms Can Protect Our Culinary Heritage.”
Description: Cuisine is an important part of all cultures.  But climate change can affect both the quality and quantity of available foods and beverages.  Prof. Tai will describe some of the effects already seen in agriculture, as well as changes that may happen in the near future.  They will then discuss existing legal mechanisms that could be used to protect our culinary heritage, and conclude with additional changes that we should consider if we want fairness for future generations of eaters and drinkers.
Bio:  Steph Tai’s scholarly research examines the interactions between environmental and health sciences and administrative law. These include the consideration of scientific expertise and environmental justice concerns by administrative and judicial systems, and as well as the role of scientific dialogues in food systems regulation, and the ways in which private governance incorporates scientific research.  Professor Tai was an adjunct law professor at Georgetown from 2002-2005 and a visiting professor at Washington and Lee University School of Law during the 2005-06 academic year. Teaching interests include administrative law, environmental law, food systems law, environmental justice, risk regulation, contracts (especially private governance and supply chains!), and comparative Asian environmental law.

Raised in the South by two chemists, Professor Tai decided to combine their chemistry background with a legal education to improve the use of science in environmental protection. At Georgetown, Professor Tai was the Editor-in-Chief of the Georgetown International Environmental Law Review and a member of the Georgetown Manfred Lachs Space Law Moot Court Team.After graduating from Georgetown, Professor Tai worked as the editor-in-chief of the International Review for Environmental Strategies, a publication by the Institute for Global Environmental Strategies in Japan. Professor Tai has also served as a judicial law clerk to the Honorable Ronald Lee Gilman on the U.S. Court of Appeals for the Sixth Circuit.  Professor Tai then worked as an appellate attorney in the Environment and Natural Resources Division of the U.S. Department of Justice, briefing and arguing federal appellate cases involving a range of issues, from the protection of endangered cave species in Texas to the issuance of dredge and fill permits under the Clean Water Act.  From 2013-2014, Professor Tai served as a U.S. Supreme Court Fellow as a researcher in the Federal Judicial Center.Explore More:  https://secure.law.wisc.edu/profiles/pubs.php?iEmployeeID=48

===
Remember, we’re now shifting to Hybrid so we can both Zoom and gather in a Room—Room 1111 Genetics Biotech Center, that is.
Please share this missive with your friends & neighbors.
If you’ll be watching for the first time, please register for the WN@TL Zoom at go.wisc.edu/240r59
If you’ve already registered for a previous WN@TL zoom this year, you’re good—you don’t have to register again.
Continue to use the link found in the confirmation message Zoom sent you when you first registered.
WN@TL begins at 7:00pm Central
Hope to see you soon at Wednesday Nite @ The Lab!
Tom ZinnenBiotechnology Center & Division of Extension, Wisconsin 4-H
UW-Madison