The other day I was trying to remember when the Bismarck sank, and I asked my kids if it was May of 1940 or 1941.  One said “1941, because France had already fallen to the Germans” and the other said, “Yeah, the Bismarck was trying to get to Brest.”  Such is the power of Hollywood and YouTube.

It left me wondering how robust my kids’ chronology of the war in the Pacific might be.  Would they know Bataan and later Corregidor?  Darwin and Coral Sea?  Doolittle and Midway?  Guadalcanal and the Kokoda Track?

In the US I think it’s fair to say that, 23 years after “Saving Private Ryan,” the European theater, and especially the invasion of Normandy, is foremost in the American imagination.  And for not a few us, WWII in a nutshell was Pearl Harbor, D-Day and Hiroshima.  Alas, there’s the inevitable sense of historical inevitability baked in.

Yet in the summer of 1942, nearly all the fighting by the US was in the Pacific. There was nothing inevitable about it. Nobody at Coral Sea knew that the Battle of Midway would follow a month later. Nobody present on August 7, 1942, at the beginning of the battle of Guadalcanal could know that the Aussies would hand the Japanese their first defeat in a land battle at Milne Bay a month later on September 7.

In the summer of 1942, few Americans had ever heard of Finschafen or Tarawa, of Hollandia or Saipan, of Leyte or Iwo Jima.

In the middle of August 1942, Americans had news of two raids, one by nearly 7,000 Canadian-Anglo forces on the French port of Dieppe, and the other by some 200 US marines on an atoll named Makin in the Gilbert Islands.

I had heard of Dieppe;  until a few weeks ago, I’d never heard of Makin.

Getting a fuller perspective helps all of us get a better grip on what our nations and our families have gone through. My kids, although only 16 and 13, are lucky in that one grandfather got to see Finschafen, Hollandia and Manila in the spring of 1945, courtesy of the US Army.  The other lived through WW2 as a boy in Lithuania and then as a refugee in Germany and eventually in Canada.

Bringing WW2, or any war, from the levels of generals and countries down to the level of one soldier or one civilian is a somber and good enterprise.  Tonight we get to learn more about the people and the techniques that help make that happen by keeping alive in our memories a group of young men who did not live to see the end of the war. 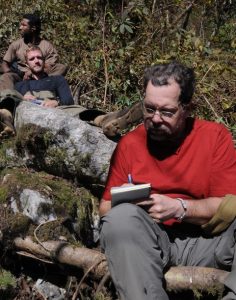 Tonight, March 31, Bill Belcher of the University of Nebraska-Lincoln’s Department of Anthropology will share the saga of “The Recovery and Identification of the 2nd Marine Raider Battalion: The First Battle of Makin Island.”

Description:  During the early days of World War II, Col. Evans Carlson trained two battalions of US Marines in guerilla warfare and amphibious assault.  In August of 1942, those skills were put to the test in an assault on a Japanese Seaplane base on Butaritari Island (aka Makin Island) to divert resources from the main objective on Guadalcanal.  In the aftermath of this assault, 30 US Marines were killed, but left behind during the hasty retreat.

In 1999, the precursor to the Defense POW/MIA Accounting Agency, the US Army Central Identification Laboratory located and excavated the remains of 19 of these Marines (along with one local islander).  Using standard forensic techniques and the then innovative analysis of mitochondrial DNA, all 19 individuals were identified and returned to their families.  This presentation will briefly go over the history and excavation of the site, but primarily focus on the techniques used to identify the individuals.

I have worked in two disparate areas of research, one as an environmental archaeologist and the other as a forensic anthropologist/archaeologist. My environmental archaeology program focuses on the analysis of ancient (3rd and 4th millennium BCE) fish remains and their modern counterparts. This will allow us to examine significant changes in fishing, butchery, ancient trade, as well as climate change.

After retiring from the Defense POW/MIA Accounting Agency, my primary focus at the University of Nebraska-Lincoln is to provide opportunities to learn and conduct research related to the identification of missing US service members in conjunction with the Scientific Analysis Directorate Laboratory at Offutt Air Force Base in Omaha, NE. 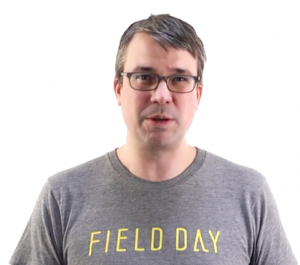 On April 7 David Gagnon of the Field Day Lab,  part of the Wisconsin Center for Education Research,  will be here to share the latest on how building online-games is connecting teachers & students and speeding learning & evaluation during this pandemic year and beyond.  His talk is entitled, “Only a Game Can Save Us; How Educational Games Create a Pathway toward High-quality, Low-cost, Equitable Learning for All.”

Description:  Since the dawn of old crabby people, just about every media that was appealing to young curious people has been criticized. Television and the telephone, loud music, graphic novels and of course, video games all were feared to “rot kids’ brains.” If we lower our guard for just a minute and think about how well designed games work, we will see that they all, educational and entertainment alike, demonstrate fundamental theories from the cognitive and learning sciences. That’s why they work!

In this talk, we will explore some of these learning theories, then quickly turn to look at how games are very powerful educational tools that meet many of our contemporary educational needs. From the pressures for educators to move from simple memorization to complex problem solving and domain-specific practices, to the ongoing resource reductions schools face, and the recent COVID19 inspired need to move instruction online at a moment’s notice, we will see that games may perform better than we ever expected – and be a lot of fun along the way.

Bio: David Gagnon is the director of Field Day, an educational games research studio and laboratory at the Wisconsin Center of Education Research at the University of Wisconsin – Madison. Field Day has developed dozens of games across history, science, health and mathematics topics that are used by millions of students yearly worldwide. 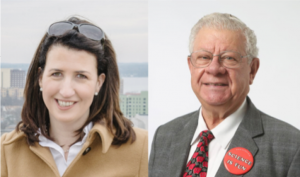 On April 9 we’ll have a special Friday Nite Edition of Wednesday Nite @ The Lab with Tracey Holloway of the Nelson Institute and Bassam Shakhashiri of Chemistry sharing with us their points of view on what’s ahead in grasping & dealing with climate change.  This special edition is part of the 19th Annual UW Science Expeditions campus open house April 9-11. 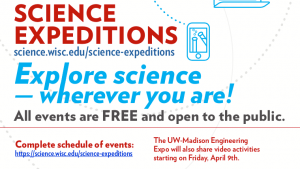 This week the daffodils are daffing and the chickadees are chickadeeing, and next week on April 9-11 we’ll have the equally-happy sounds & sights of the 19th Annual UW Science Expeditions Campus Open House to tune into.  Experience science as probing the unknown at your public, land-grant research & extension university.  You can check out the schedule of online and self-guided outdoor events at https://science.wisc.edu/science-expeditions/