Skip to main content
University of Wisconsin–Madison
For October 23, 2019                Please pass this on to your friends & neighbors.
Hi WN@TL Fans,
Paul Williams, developer of Wisconsin FastPlants, has said on occasion, “With plants, you tend to get what you select for.”
What’s true for rapid-cycling cabbages tends to bear out for antibiotics.
One of the great paradoxes of these life-saving drugs has been this:  To begin to use them is also to begin to lose them.  How can this be?
The immortal linebäcker Nietzsche noted in Maxims & Arrows:   “What does not kill me makes me stronger.”  As it is in football and philosophy, so it is in microbial evolution. Bacterial populations hammered with an antibiotic often yield individuals that do survive and go on to make a stronger strain now resistant to that antibiotic.
Ninety years after the first insights into penicillin, we continue to search for new antibiotics to kill bacteria that have become tolerant of the old ones.  Today we can look not only for novel molecules but also for hidden Achilles heals in the bacteria that infect ourselves, our livestock and our plants.
This week (October 23) Jason Peters of Pharmaceutical Sciences will tailor a talk for us on his research using Crispr as a kind of broken scissors to explore how antibiotics tick, and ways to exploit those insights to better manage disease-causing microbes.
He described his motivating concern in a recent interview:  “During my postdoctoral work, I began to appreciate the gravity of upcoming antibiotic resistance crisis—we will soon be out of weapons to fight resistant bacterial pathogens. My current efforts are focused on identifying new weaknesses in these pathogens that can be exploited by drugs developed by my colleagues in the School of Pharmacy.”
Here’s how he describes his presentation, entitled “Fighting Antibiotic Resistance with Broken Scissors”:
Antibiotic-resistant bacterial pathogens are directly responsible for the deaths of tens of thousands of people in the United States each year, and the problem is growing worse over time because we have not been able to find new weaknesses in pathogens that we can target with antibiotics. I am developing CRISPR-based strategies to identify such weaknesses by probing genes that are central to bacterial life on a massive scale. The knowledge I gain from my studies will be directly relevant for controlling bacterial pathogens and determining how antibiotics work.
Links:
https://news.wisc.edu/gene-editing-tool-now-being-used-to-develop-better-antibiotics/https://news.wisc.edu/new-faculty-focus-jason-peters/
About the Speaker 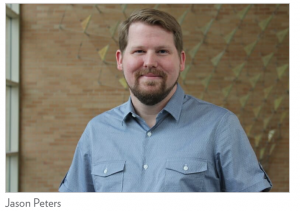 Dr. Jason M. Peters is an assistant professor at the University of Wisconsin-Madison, where he uses CRISPR tools to investigate the genetics of pathogenic bacteria that are associated with antibiotic resistance with the goal of identifying new weaknesses in these pathogens that can be therapeutically exploited.
Jason received his Ph.D. in Genetics from the University of Wisconsin-Madison, where he studied the fundamental mechanisms of bacterial transcription termination in the laboratory of Robert Landick. As a postdoctoral fellow at the University of California, San Francisco in the laboratory of Carol Gross, Jason developed CRISPR-based tools that enabled systematic analysis of essential gene function and dissection of genetic redundancy in the envelope of the model Gram-positive bacterium, Bacillus subtilis.
==== 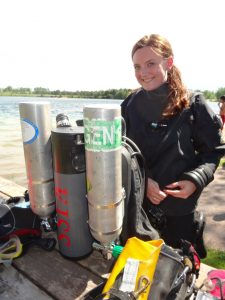