WN@TL: The Evolution of Storm Chasing

Speaker Bio: Derrick Herndon is an Associate Researcher for the Cooperative Institute for Meteorological Satellite Studies (CIMSS) at the University of Wisconsin, where he studies tropical cyclones and satellite remote sensing of storms. Prior to UW he served as a forecaster and aviation warfare specialist for the US Navy for 8 years. Derrick received his B.S in Meteorology from Florida State University in 2000. From there he accepted a position working for a private company at Stennis Space Center, MS developing high resolution computer models for forecasting winds over the Gulf of Mexico. His current work involves developing algorithms to estimate the intensity and structure of hurricanes from satellite data that are used by research and forecasting agencies worldwide. He has authored or co-authored several papers on tropical cyclones and has contributed to three books on hurricanes and climate. He has participated in five field campaigns studying tropical cyclones and is a co-recipient of the NASA Group Achievement Award and American Meteorological Society Special Award. Derrick is also an avid storm chaser having witnessed more than 30 tornadoes, giant hail, 9 hurricanes (including Category 5 Hurricane Michael in 2018) and 1 typhoon (aboard the USS Bunker Hill).

Description: We will never know who the first storm chaser was, but since the dawn of time humans have been both fascinated and terrified by storms. Our curiosity has caused us to at times take extreme risk in order to get a closer look at tornadoes and violent weather. This talk will discuss how modern storm chasing evolved from simple paper maps and ones own eyes to the current suite of high tech gadgets, tanks and chasing teams that now roam the Great Plains each spring. 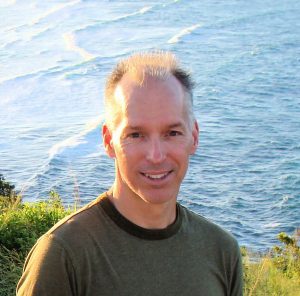