(Cancelled) WN@tL: “Sharing the land with predators: Ways to do it and how to tell if they work”

Description: Human-predator conflict is one of the greatest sources of mortality for the large, iconic predators, like wolves and grizzly bears, that have been recolonizing North America. These large predators require space and resources in competition with our huge human populations. Competition over large game or, at times, livestock, has led to negative public attitudes towards certain species, such as grey wolves. Managing recolonizing large predator populations has therefore become a priority of management agencies in North America with the twin objectives of reducing property damages caused by predators and achieving conservation by fostering co-existence.

While non-lethal and lethal methods of large carnivore management are used in North America, livestock owners often perceive that non-lethal methods are not as effective as lethal methods. However, many methods have never been tested using high standards of experimental design. The few strong experiments that exist suggest non-lethal methods could be more effective than owner’s perceptions would suggest. Also, our review of 45 years of study of lethal methods reveal no strong experiments, and the weaker standards of evidence applied in such studies suggest that lethal methods may be less effective than originally thought, or even counter-productive However, greater scientific certainty demands rigorous tests of predator control methods to evaluate effectiveness before widespread promotion or funding. The first portion of our presentation will be presented by Dr. Adrian Treves, a pioneer in developing such methods, who will explain the design of high standards of experiments in ecosystems where predators and domestic animals coexist. He will also argue why we need these same standards as used in biomedical and social psychology fields if we want conservation science and wildlife science to attain 21st century standards.

In the second portion of this presentation, you will learn about one such example, currently in practice in Alberta, Canada. This study, led by Naomi Louchouarn, MESM from UCSB and PhD candidate in the Nelson Institute for Environmental Studies is investigating the effectiveness of a method called Range Riders – non-lethal cowboys practicing Low Stress Livestock Handling, to remind cattle that they are herd animals. Naomi will explain her Canadian Rocky Mountain study design, discussing in detail the challenges of such a study, and how this study will use Dr. Treves’ methods in practice.

The presentation will conclude with a panel discussion with Dr. Adrian Treves, Dr. Francisco Santiago-Ávila and Ms. Louchouarn, who will work together to answer any and all questions regarding human-predator coexistence, including introducing the ethics and side-effects of human-predator conflict.

Dr. Adrian Treves: Adrian Treves is an independent researcher and advocate for future generations, for science, and for the sovereign authority of the public. He studies and speaks about the public trust doctrine and intergenerational equity around the world. In brief, the public trust doctrine is legal guidance that holds governments accountable to the broad public interest in preserving nature and regulating its use as a trust for current and future generations, who hold equal rights. Adrian earned his PhD at Harvard University in 1997 and is now a Professor of Environmental Studies at the University of Wisconsin–Madison and founder of the Carnivore Coexistence Lab. For the past 27 years, his research focuses on ecology, law, and human dimensions of ecosystems in which crop and livestock ownership overlaps the habitat of large carnivores from coyotes up to grizzly bears. He has authored >150 scientific papers on predator-prey ecology or conservation. 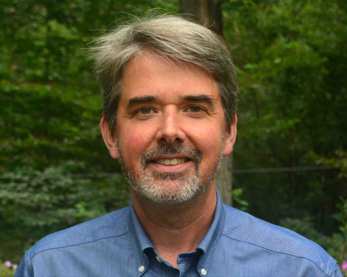 Naomi Louchouarn: Naomi graduated from McGill University in 2014 with a Bachelor’s of Science in Environmental Biology and dual minors in wildlife biology and applied ecology. During and after her Bachelor’s degree Naomi worked on various research projects in Northern Canada, South Africa and Australia. These experiences provided her with the inspiration to pursue research focused on conservation planning and mitigating conflicts between humans and wildlife. Naomi received a Master’s of Environmental Science and Management at UC-Santa Barbara’s Bren School in 2017. Her Master’s research focused on prioritizing land for conservation in Canada’s Mackenzie River Basin to maximize the protection of caribou habitat and minimize economic losses to resource extraction industries in the region. With the CCL, Naomi leads projects focused on identifying and mitigating barriers to co-existence between humans and large carnivores in the North America west. These projects include a risk mapping effort to predict where livestock losses to wolves are likely to occur, a field experiment on the effects of non-lethal range riders on predators, and a study on grizzly bear mortality as a result of changing conservation policies. 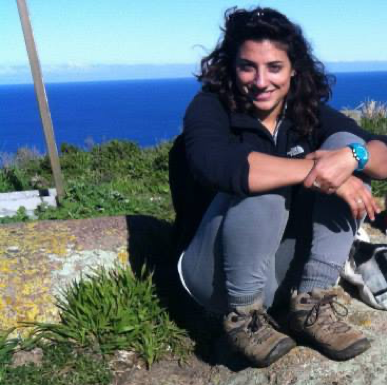 Dr. Santiago-Avila: Dr. Santiago-Avila holds Masters degrees in environmental public policy as well as environmental management from Duke University. His recent research has focused on valuation of non-wood forest wealth, the prioritization of ecosystems for conservation in Latin America and the Caribbean, and measuring the impact of protected areas on land cover change. As part of CCL, Fran’s research has revolved around the integration and application of environmental and animal ethics to coexistence with wildlife, and the evaluation of the effectiveness of lethal and non-lethal methods to prevent conflicts with large carnivores (the gray wolf, in particular). His main objective is to reform wildlife management by embedding in it the much needed acknowledgement of moral standing for individual nonhuman animals. Fran’s other research interests include: human behavior and attitudes towards wildlife, species management, coexistence-enhancing interventions, and humans’ relationship with non-human animals from wolves to cats. Other interests include carnivore behavior and ecology, and trophic cascades. 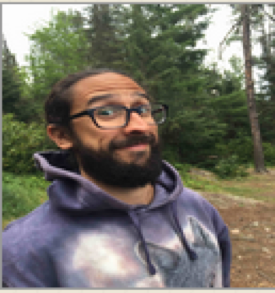