WN@tL: “Milking Machines: The first 100 years, From buckets to robots”

Douglas J. Reinemann is professor of Biological Systems Engineering at the University of Wisconsin-Madison where he has been on the faculty since 1990. He served as Chairman of the Department from 2013 to 2017 and was appointed Associate Dean for Extension and Outreach in the College of Agricultural and Life Sciences in 2018.

Doug has been working at the interface between energy and agricultural systems for the past 20+years. His studies have included energy use and energy production in agricultural systems. He is a member of the sustainability group of the UW Great Lakes Bioenergy Research Center examining environmental impacts of biofuels production systems. He also leads the UW ‘green cheese’ team who are investigating synergies between dairy and biofuels production systems in Wisconsin. Doug has been actively involved with the Midwest Rural Energy Council – an organization of power suppliers addressing issues related to energy supply to agricultural production and processing operations as well as integrating renewable energy resources into the energy distribution grid.

Dr. Reinemann has directed the activities of the UW Milking Research and Instruction lab since 1990. He is the US representative and Chair of the International Dairy Federation’s working group on machine milking, and is the US representative to the International Standards Organization committees on milking machine performance and installation and Automatic Milking Installations. He has chaired the machine milking committees of the ASABE and the NMC. 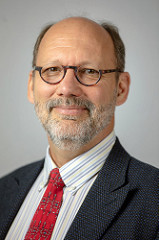