WN@tL: “What Do We Know & How Early Can We Know It? Exploring Biomarkers Related to Alzheimer’s Disease”

Description: Dementia and dementia due to Alzheimer’s (AD) affects all of us – spouses, children, grandchildren, friends – and has a tremendous public health impact. More than 300,000 people in the state of WI either have or are caring for someone with dementia. At UW, we have over 120 faculty, post-docs, students and staff dedicated to helping to understand the causes and course of dementia due to Alzheimer’s (AD).

The Wisconsin Registry for Alzheimer’s Prevention and Wisconsin Alzheimer’s Disease Research Center are engaged in a wide range of research that includes tracking early changes in cognitive ability like speech and spatial navigation; identifying genes that impact risk or resilience for dementia; determining how comorbid vascular health impacts vulnerability to dementia; and uncovering the role of lifestyle factors like physical activity in slowing memory loss.

Much of the research at UW is focused on detecting early signs of AD through proteins measured from the cerebrospinal fluid (CSF) and positron emission tomography (PET) imaging. My talk will go over how we think about dementia due to Alzheimer’s in research settings and how we can use biomarkers to learn about the early stages of AD, before symptoms are apparent. I will also briefly touch on the state of treatment and prevention of dementia due to Alzheimer’s disease.

Speaker Bio: Dr. Van Hulle received her undergraduate degrees in psychology and mathematics from Augsburg College in Minneapolis, MN.  She received her doctorate in psychology with an emphasis in quantitative genetics from the University of Colorado, Boulder. After several years studying the child temperament and internalizing disorders with the Wisconsin Twin Project she made a late (but not that late) life career change to study Alzheimer’s Disease with an emphasis on cerebrospinal fluid biomarkers for early detection. She resides with her husband, son and two cats. 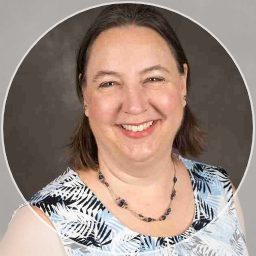